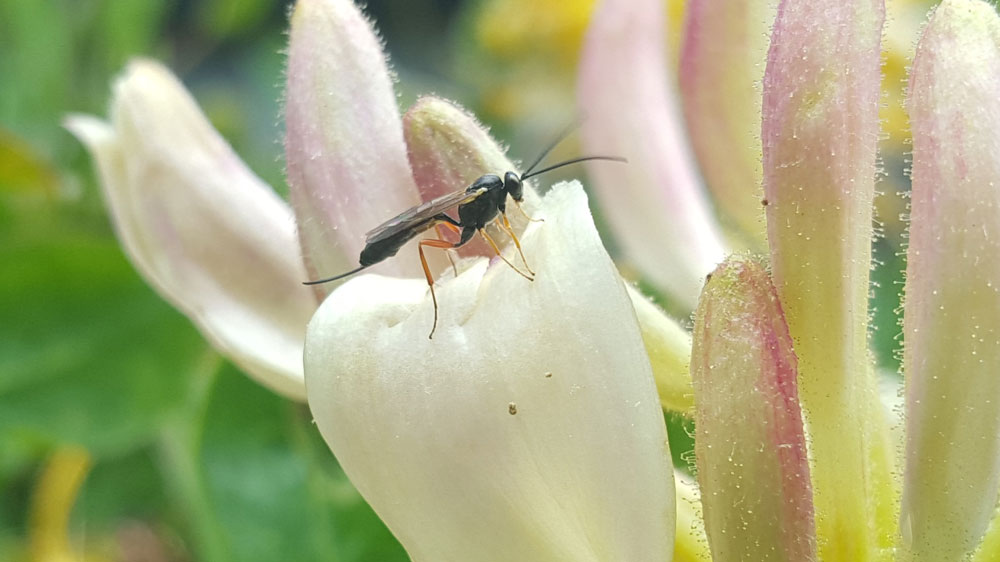 Nature on our doorsteps: Wasps, but not as we know them

While we are most familiar with the yellow and black stripey wasp which often causes panic when it buzzes around us, there are over 30,000 different wasp species around the world.

Most of these are solitary wasps which do not build nests or live in colonies like the familiar yellow and black social wasp.

Wasps differ from bees in that wasps have a very narrow ‘waist’ between their back (thorax) and their long, pointed abdomen.

One distinctive group of solitary wasp is the Ichneumon (pronounced ‘ick-new-mon’).

These females have very long egg-laying tubes called ovipositors located at the tip of their abdomens. 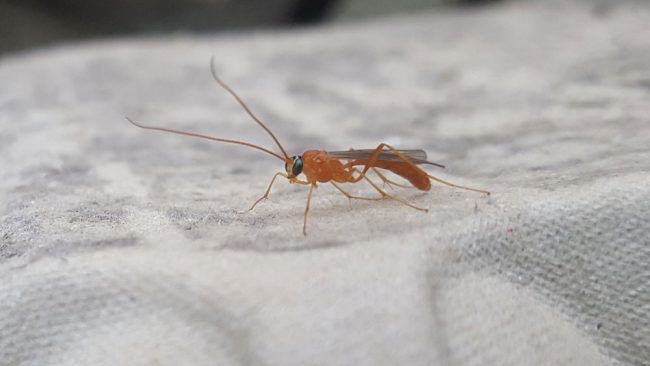 Some of these structures can be as long as the insect’s body, and while these might look like stings, most Ichneumons do not sting. Ichneumons also have very long antennae.

Like many solitary wasps, Ichneumons lay their eggs inside the larvae of other insects. As the wasp eggs hatch, the developing larvae feed on the host’s insides. As the host dies, the wasp larva emerges and spins a cocoon where it transforms into an adult.

Social wasps hunt other insects, bringing flies, small caterpillars, greenfly, insect larvae, and spiders back to their nest to feed to their young.

Both solitary and social wasps are therefore incredibly important to us because they naturally control other insects, many of which are agricultural pests.