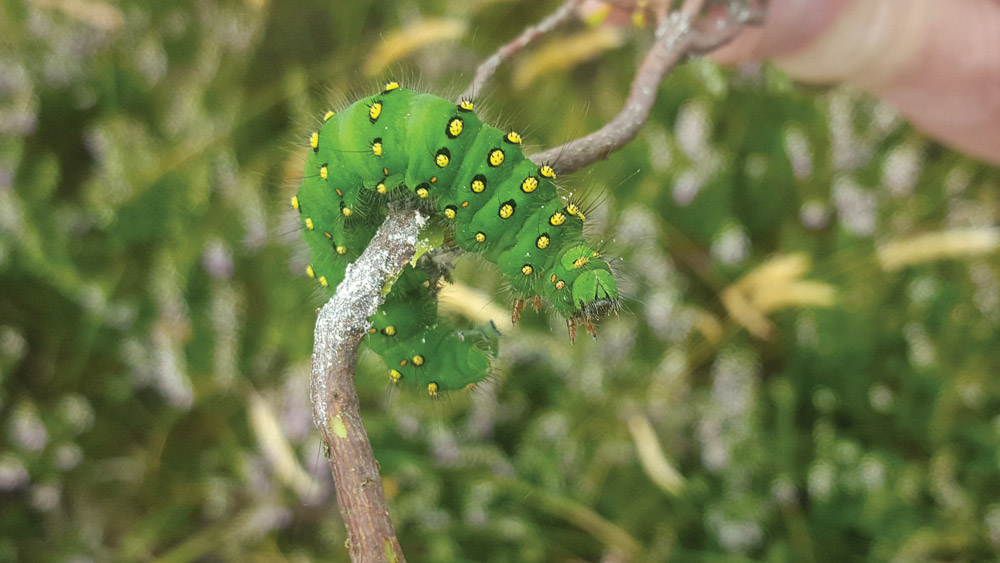 One of the earliest of our wild fruits to be ready for picking in late summer is the Bilberry.

Bilberry is a low-growing shrub that grows on mountain slopes, heaths and in acid-soil woodlands.

Its pale green oval-shaped leaves stand out clearly amongst the darker green bushes of heather in the Dublin Mountains. In autumn, these bright green leaves turn red before dropping away.

Bilberry’s flower is a small reddish-pink bell which droops from the stem.

Once pollinated, these turn into the fleshy purple-black berries that appear in mid-late summer.

In Ireland, the plant is also known as Frochan, and in the past it was traditionally gathered on the last Sunday in July, or on the first Sunday in August.

This coincides with the old Celtic festival of Lughnasadh which marked the beginning of the bountiful harvest season.

Bilberry was often the first fruit to be harvested.

Many people will perhaps be more familiar with Bilberry’s relative, the Blueberry.

The commercially grown Blueberry that is found in muffins, smoothies and desserts is the North American Blueberry.

The inside flesh of wild Bilberries is red, while the flesh of commercial Blueberries is more of a cream colour.

Bilberry is a native plant in Ireland, and it is also found in Britain and northern Europe.

It has a much smaller berry than Blueberry and it has a wonderful flavour.

Like Blackberries, some Bilberries are deliciously sharp, while others are sweet.

The berries are packed full of Vitamin C and anti-oxidants, and as they are full of red anthocyanin pigments which stain the fingers and face, the juice was also used as a natural dye for wool and fabrics.

Bilberry is one of 102 wild plants in Ireland that are referred to as being Crop Wild Relatives.

These plants are the wild ancestors of our present-day food crops.

They have been used for centuries as food and for use in traditional medicines, and we can still gather and eat them today.

Because these wild plants have evolved to adapt to their environments, they have a lot of diversity in their genes.

Modern crops tend not to be so robust and adaptable.

Crop Wild relatives like Bilberry may therefore be very important to us in the future when climate change alters the world around us.

Bilberry fruit is relatively small when compared to commercial Blueberries, so wild Bilberries are no longer gathered in the large quantities that they might have been in the past.

This is just as well, because the wild birds and mammals of the mountains need to feed on them too.