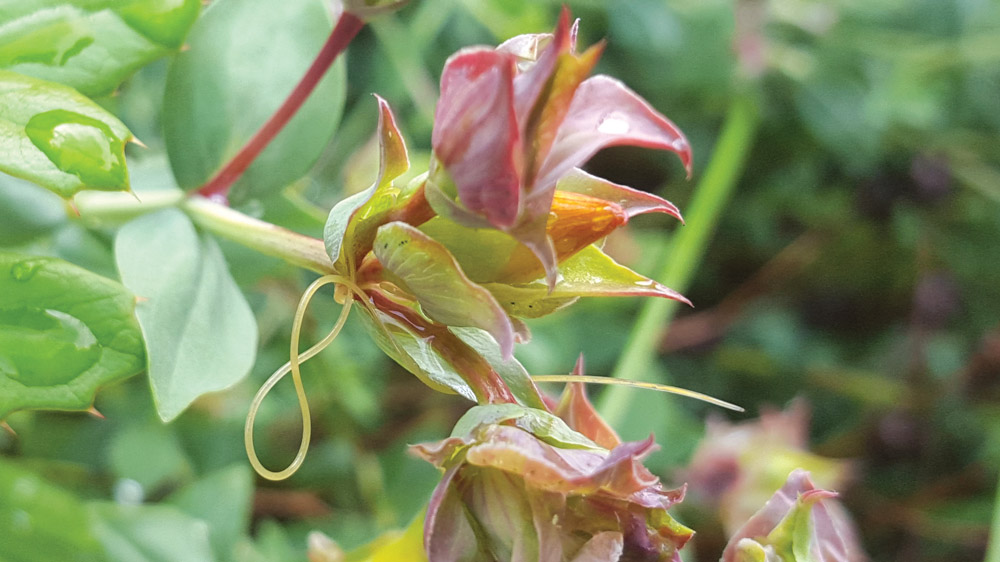 Nature on our doorsteps: Worms after the rain

The morning after a night of rain, earthworms are sometimes seen along concrete paths.

Heavy rain causes a vibration in the soil which, to a worm, sounds like the approach of a predator.

This can cause worms to rise to the surface to escape.

Heavy rain also floods the many tiny pockets of air in the soil.

As worms need to breathe air, they come to the surface to avoid drowning.

There is a different type of worm, however, that might occasionally be seen on very wet plants.

This is the unusual-looking Thunder Worm, so called because it emerges from the soil after heavy downpours in early summertime. 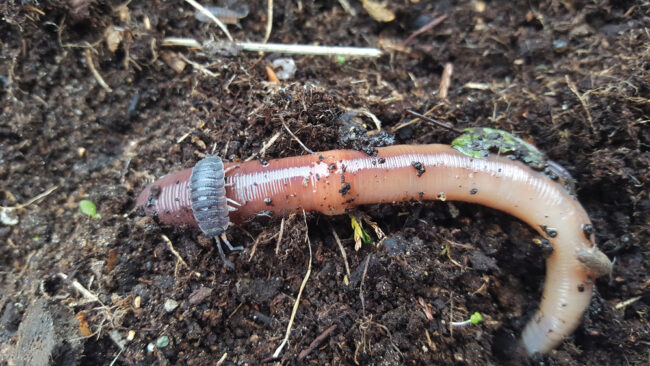 Earthworms’ bodies are segmented, unlike Thunder Worms which are smooth and cylindrical

Their long, thin, thread-like bodies are usually cream or tan-coloured, and they can grow up to 6 inches long.

When female Thunder Worms need to lay eggs, they leave the soil and wriggle and twine their way up to the tops of wet plants after heavy rain.

They lay their toughened eggs under leaves, where they will be swallowed by leaf-eating grasshoppers, earwigs, and beetles.

The eggs hatch out inside the new host and live on its nutrients.

When mature, the larvae leave the host’s body and return to the soil.

The host insect is often left so weakened that it dies.

Thankfully, Thunder Worms are generally harmless to humans and pets

Check out the video.