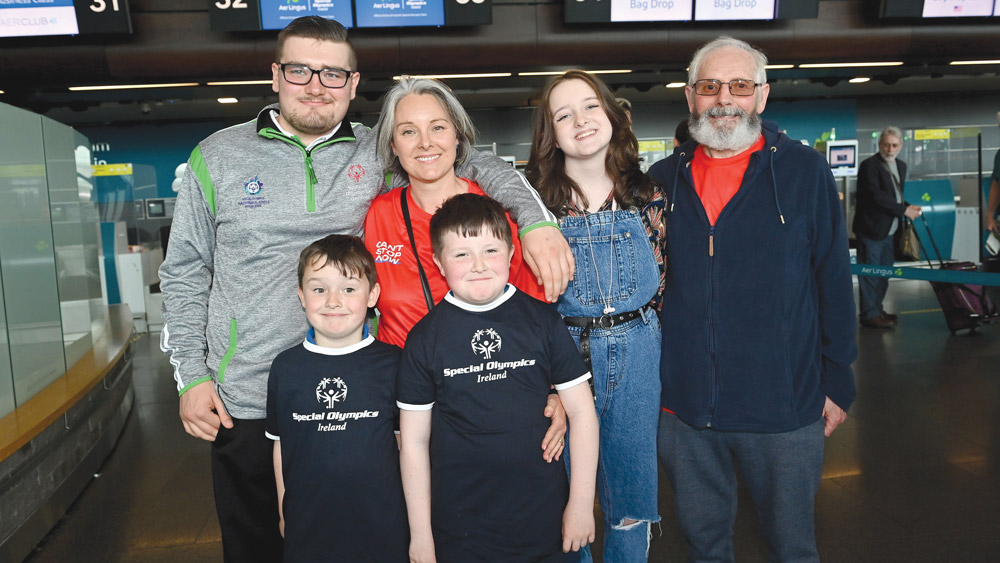 JACOB McKenna from Tallaght is one of 11 Team Ireland athletes in action at the 2022 Special Olympics German National Games in Berlin this week.

The largest sporting and humanitarian event on the globe this year, these Games are an important steppingstone towards the 2023 Special Olympics World Summer Games which will also take place in the German capital.

McKenna, a member of both Vikings Swimmers Special Olympics Club, based in Ballinteer and Templeogue Swimming Club, will contest the Open-Water Swimming class in the German Games later today.

It is his first time to compete in the Games and he will be joined in swimming competition by compatriots, Aisling Beacon, Edel Armstrong and D6 Special Olympics Club member, Eoin O’Connell.

Supported by a volunteer management team of eight, the 19-strong Team Ireland squad has joined some 4500 Special Olympics athletes representing 13 countries at these Games.

“We are delighted to provide another opportunity for our athletes to gain life-changing experiences through sport” said Matt English, Chief Executive Officer of Special Olympics Ireland.

“The whole Special Olympics community is behind them as they showcase their talents across badminton, equestrian and open-water swimming events” he added.