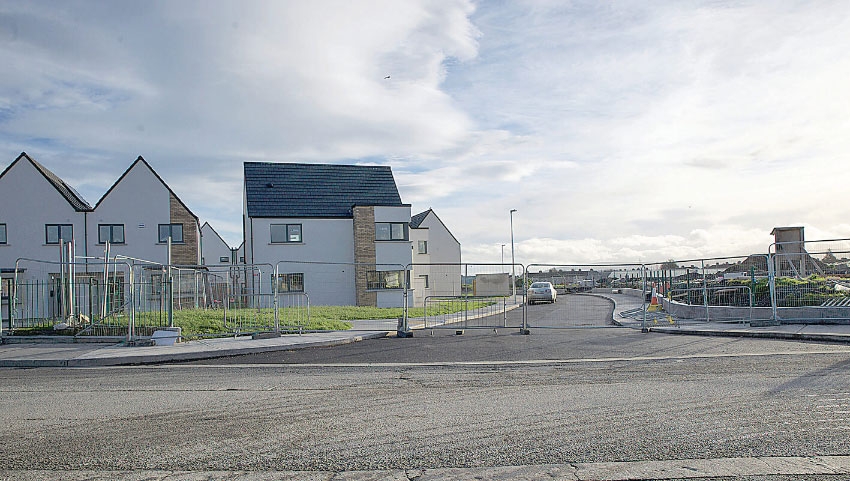 Neighbours rally round to help family after presents stolen

NEIGHBOURS rallied to replace the stolen Christmas presents of a family who only just moved into their new house three weeks ago.

The burglary occurred at the home of a single mother and her three kids on Sunday, at the new Orchard Meadows estate in Cherry Orchard.

Neighbours helped out the family in the Cherry Orchard estate

The Echo understands the mother, a foreign national, returned home from church with her young children to discover the break-in.

When Jennifer Carey, another resident of Orchard Meadows, heard about the incident, she visited the woman’s home and resolved to help after seeing the woman’s kids upset.

“As soon as I left her house, I knew I had to do something,” said Jennifer, who started a donation drive.

“The woman is afraid she will be targeted again. The back double-glazed door was broken in. Her kids looked sick and didn’t want to go to school. The 11-year-old’s Nintendo was one of the items taken.

“I didn’t expect the donations to be so much. Genuinely, I thought it might be a fiver here or there, but people were donating full hampers. The Colosseum Gym in Kylemore were very good, offering their lotto bonus ball.”

Cllr Daithi Doolan said: “The single mother of three called me in tears on Sunday afternoon.

“Her house had been broken into and everything was stolen. Neighbours immediately rallied around the family. The donation drive was led by Jennifer Carey. Orchard Centre opened their doors and made themselves available to be a drop-off point for Christmas presents and financial donations. Collections were done in community centres, work places and sports clubs.

“The response has been overwhelming. It is hugely positive. The burglary was cruel, but the Cherry Orchard community has wrapped their arms around the family and supported them.”

Donations to the family can still be made via Jennifer Carey, if readers contact The Echo for Jennifer’s details.

A Garda spokesperson said: “Gardai in Ballyfermot are investigating a burglary which occurred on Sunday, December 16, at a house in Orchard Lawns, Ballyfermot.

“There have been no arrests and investigations are ongoing.”