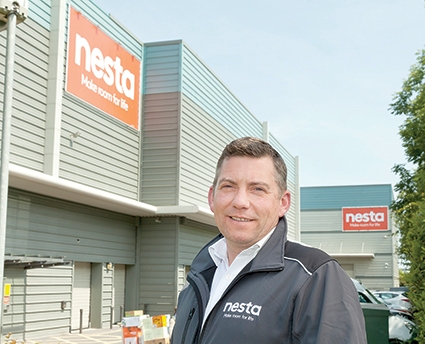 SELF-storage firm Nesta have announced plans to invest €1 million at their Kylemore premises, and increase the operation in Dublin 10 by up to 50,000 square feet.

It is part of an overall plan by the company to invest €2 million, and expand by 100,000 square foot of storage space at sites in Sandyford, Deansgrange, Santry and Kylemore Road.

“The investment will mean a 35 per cent increase in available space and make Nesta the largest provider in Ireland,” said Nesta managing director Brian Hefferon.

Nesta have been in location at Kylemore since 2007 and recently took on a larger building (47,000 square feet) to the front of the site.

Hefferon continued: “The building was derelict for a number of years and a real eyesore on the road. Earlier this year we started work on renovating the derelict premises which is next to Aldi. In the first phase we launched 20 office units which has already brought 12 new businesses into the area with 40/50 people employed.”

“In the next phase we are in discussions with two retailers who will take roughly 4,000 square feet each. Once this is complete, we will move onto adding 250 storage rooms to the existing 350 rooms built in 2007.”

Heffernan says the focus of the Nesta Kylemore Road facility is “two fold”- providing start-ups with office accommodation and storage, whilst also providing temporary storage to families and individuals.

“It will allow us meet the growing needs of the local communities we serve. We will also increase the amount of office space from 25,000 square foot to over 30,000 swiftly,” said Hefferon.

The planned development is scheduled to get underway this year and be completed within 2018.