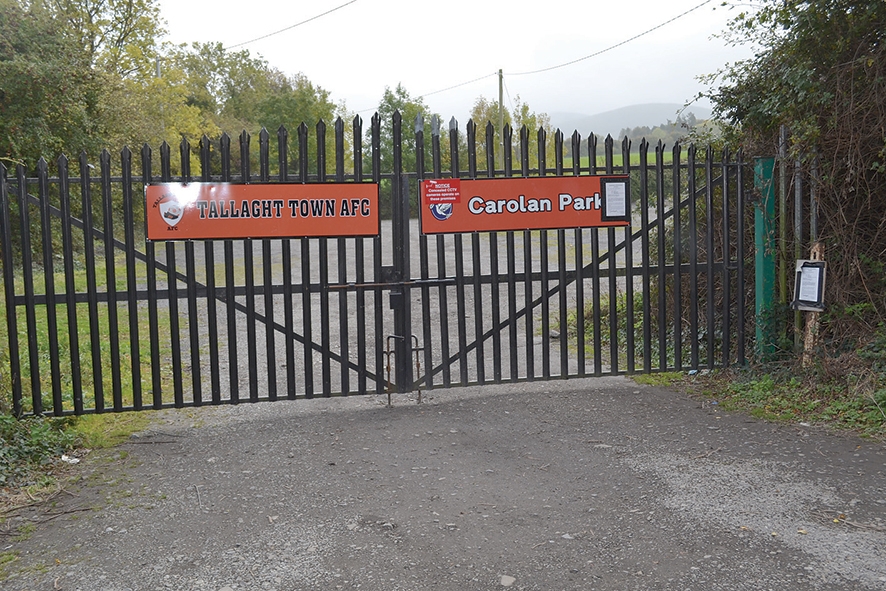 FOUR Ballymana Lane residents have lodged an appeal with An Bord Pleanala against South Dublin County Council’s decision to grant permission for the development of a new clubhouse and carpark extension for Tallaght Town AFC in Carolan Park on Ballymana Lane in Kiltipper.

Provisions for the relocation of the car park entrance, a perimeter security fence and a septic tank, including all associated landscaping and ground works were included in the original application for planning permission.

Nine third party submissions were lodged by local residents on the initial application for planning permission, objecting to the proposed development.

Objections were lodged on a number of grounds, including concerns about traffic and coaches going through Ballymana Lane, the potential for flooding, and one submission states that trying to get the work vehicles up Ballymana Lane in order to carry out the building work for the proposed development would lead to a “logistical nightmare”.

Other concerns which were raised in the third party submissions include the potential for anti-social behaviour, littering, security issues and concerns about pedestrians using the laneway, which has no footpath or street lighting, to access the club.

South Dublin County Council granted permission for the development on September 26, with a number of conditions.

Four local residents who live on Ballymana Lane lodged an appeal with ABP this month against the council’s decision to grant permission.

The Griffin household are appealing the council’s decision on a number of grounds, including concerns about an increase in traffic on the lane by people who do not understand “the correct manner of driving on such a narrow lane”, while issues with flooding and zoning also form part of their appeal.

A decision on the appeal has not yet been made by An Bord Pleanala.