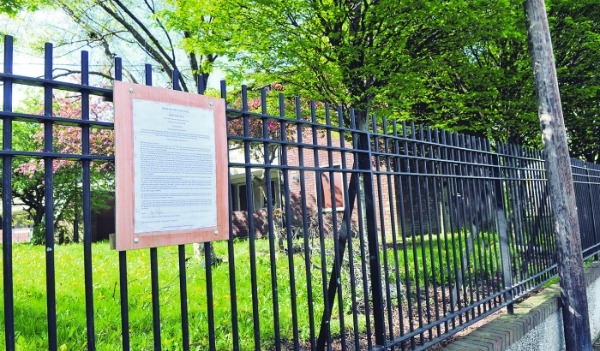 A HIGH proportion of elderly residents are living alone in parts of Ballyfermot, and should be prioritised for the new senior citizens complex at Annamore Court, according to Sinn Féin Councillor Daithí Doolan.

The Iveagh Trust is developing 70 apartments at the complex, which is due for completion by March 2017.

The previous Canon Troy Court site was secured by the Trust with funding from the Department of Environment for the project – estimated to cost in the region of €8.3 million.

Since the closure of Canon Troy Court, there has been an acute need for elderly housing in the area.

The Sons of Providence planned to develop 250 elderly housing units at their 5.5 acre site on Sarsfield Road, but have been trying to entice a co-funder for the project.

The order have 47 elderly units at Fr Bedoni Court, and a day-care centre at Sarsfield House.

Figures from the 2011 Census, revealed 634 houses in lower Ballyfermot where elderly people live on their own.

Councillor Daithí Doolan said: “I have looked for a commitment from Dublin City Council that a large number of the apartments in Annamore Court will be ring-fenced for local senior citizens. Particularly those who want to give up their council house.

“Many older people want to move into smaller, more accessible homes. The city council should be accommodating this move. It is a win-win situation, as the council will be getting a house back which can then house a family on our housing list.”

An information day for Annamore Court is taking place today (Thursday, October 27) at the Community Civic Centre, from 10am to 4pm.

Cllr Doolan says developments at Annamore Court and Cornamona are “positive in that we will have 130 social housing units in Ballyfermot.”