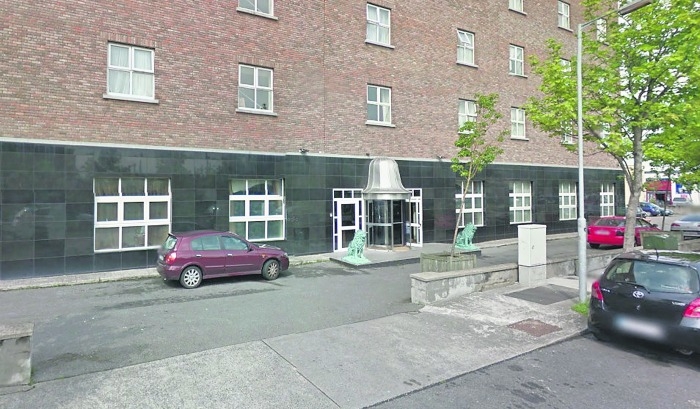 ASYLUM seekers staying in the Towers Hotel who have been granted residency, are facing eviction despite being unable to secure accommodation due the housing crisis.

The Echo understands a significant number of Direct Provision residents in the Towers Hotel, have in recent times, received a temporary citizenship status, or a Stamp 4.

However, despite receiving letters to vacate the hotel, many have nowhere to go.

Independent councillor Francis Timmons, blasted the “inhumane” system, and feels it is “cruel” to ask people to leave after nearly a decade in the centre with no accommodation lined up.

Cllr Timmons said: “202 people live in the Direct Provision centre in Clondalkin. 101 people have been given Irish citizenship and are being asked to leave. I feel strongly that they must be allowed to stay until they have secured accommodation.

“I have written to the Minister for Justice and the Irish Naturalisation and Immigration Service (INIS), and had a motion passed on the matter (to allow asylum seekers to stay at the Towers) at October Clondalkin area committee.”

Alpha Gassama, a co- founder of Clondalkin Tidy Towns, was a former asylum seeker, who spent nearly ten years in Direct Provision, including three years at the Towers.

“It is a nightmare for people who are stuck there,” said Alpha.

“There is an elderly woman in the Towers from Ethiopia in her 60s, who recently got her Stamp 4. She had a liver operation and it didn’t go well. Her husband got his Stamp 4 eight months ago, was asked to leave, couldn’t find a place in Dublin, and now lives in Waterford.

“He is her carer and comes up as often as he can, but he also needs help with mental illness. She is confined to the hotel, can’t make appointments to the hospital. I know of at least 36 people there who have got Stamp 4, but their nightmare continues.”

Stamp 4 documents allows a person to live and work in Ireland without a work permit for a period up to a year, upon which, they re-apply with immigration authorities to extend the visa.

Cllr Timmons fears the shared accommodation system will lead to “another Magdalene Laundries.”

“No child should have to live at risk of social exclusion, poor mental health, sexual violence, and malnutrition,” said Cllr Timmons.

The Reception and Integration Agency (RIA), who arrange accommodation for asylum seekers in Ireland, did not respond to The Echo’s queries at the time of going to print.