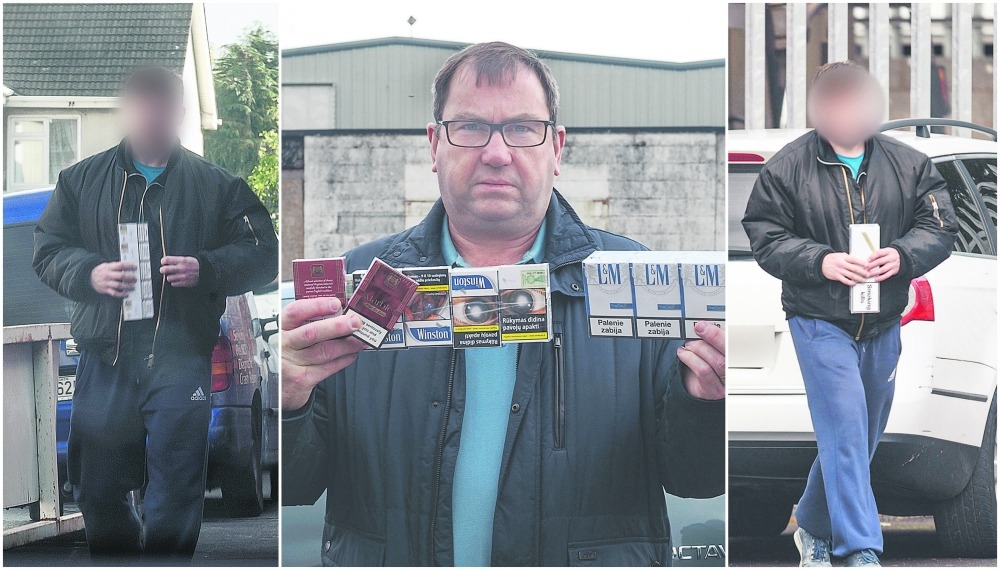 Undercover cigarettes sting carried out in Tallaght and Clondalkin

The test purchase operation was carried out by a team of experienced investigators, many of whom have a law-enforcement background – with Tallaght and Clondalkin the 14th location nationwide to be targeted by the squad in the last 12 months.

It is important to note that the operation is carried out on behalf of tobacco company, Phillip Morris International – which, the world’s second largest tobacco company, sold 850 billion cigarettes last year.

However, the team, which is led by former Garda Detective Chief Superintendent Kevin Donohoe and former Scotland Yard Detective Chief Inspector, Will O’Reilly, operates independently in the conduct of the investigation.

Speaking to The Echo after the test purchase in Tallaght and Clondalkin, Kevin Donohue confirmed that 38 packets of illegal tobacco products were purchased within the space of three hours – with products including counterfeit products, which are fake versions of branded products, and ‘illicit whites’, which are cigarettes, with unknown names, made specifically for the black market.

ILLEGAL: Marble is a brand of ‘illicit whites’, which are made specifically for the black market

These ‘illicit whites’ are, according to Mr Donohoe, generally manufactured for around 20 cent a pack in pop-up factories in Eastern Europe – and can be bought here for between €4.50 and €5 a pack.

In Tallaght and Clondalkin, the 38 packets of counterfeit and ‘illicit whites’ obtained in the space of three hours were, according to Mr Donohoe, purchased in ethnic shops and through arranging to meet one ‘guy’ in a car park and another in a laneway in Clondalkin.

Mr Donohoe said: “I’ve been doing these investigations for the past three years and while it’s hard to say if the supply of illegal products has increased, we do know that between 20 and 25 per cent of all cigarettes consumed in Ireland are illegal.
“And, no matter where we have gone, villages, towns, cities, we have been able to buy an illegal product.”

He added: “Between €250m and €500m is lost in tax each year in Ireland because of illegal cigarettes . . . and that loss has to be made up somewhere else.

“We want to raise public awareness that illegal cigarettes are linked to organised crime, which mightn’t wash with some people because they are getting their smokes for half price.

“However, it also impacts on Revenue and the State . . . and impacts on people whether they are a smoker or not.”
All cigarettes, whether regulated or counterfeit, pose serious health risks.

When asked by The Echo about this, Mr Donohoe said: “We can’t for one moment say that regulated cigarettes do not pose a risk, they do . . . but counterfeit cigarettes pose an additional health risk as they are not manufactured in a regulated environment.

“Tobacco is the most expensive part of a cigarette and illegal cigarettes are stuffed with anything.”