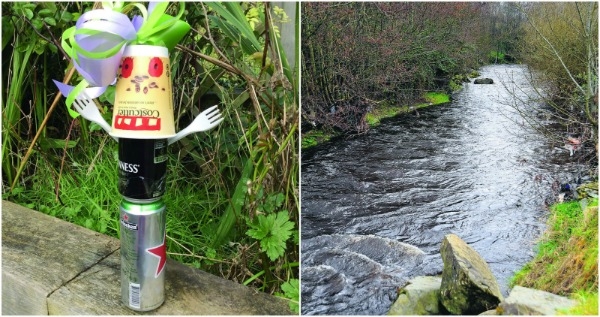 LOCAL primary school children are invited to learn about the Dodder river and how to protect it and its wildlife by taking part in a ‘fierce’ competition run by Dodder Action.

The project, which hopes to promote litter awareness in the area’s younger generation, will involve a Dodder Action volunteer visiting schools and discussing how litter threatens the animals, fish and birds that live on the Dodder – after which students will be invited to make their own Dodder Monster from the litter they see strewn in and around the vibrant river.

Victoria White, of Dodder Action, told The Echo: “We will be going into schools and doing a short talk on litter and how litter attacks the Dodder and its wildlife.

“Pollution deprives the water of oxygen and kills the fish, which in turn impacts on the birds because they can’t feed to thrive.
“We want to get kids facing up to the beauty of the Dodder and hope that educating them at a young age will impact positively on the river’s future.”

Dodder Action is inviting children to visit the Dodder and take a note of the litter dumped on its banks, like cans, sweet wrappers, glass bottles, take-away packaging, and using similar recycled material at home to make their very own Dodder Monster.

“We want children to make a Dodder Monster and to tell us how their monster impacts on the river and its wildlife and what it eats,” Victoria said.

“Maybe it eats brown trout or birds, it’s up to the children to tell us how their Dodder Monster harms the river.”

Open to children from first to sixth class, the competition – which has a number of tokens for the Rathfarnham Bookshop up for grabs – is now open and schools are encouraged to get in touch with Dodder Action to arrange a visit.

The deadline for sending a photograph of your Dodder Monster is February 1, 2017 – after which the winners will be announced and the scariest creations will be part of a display in local libraries.

Locally, schools including Scoil Santain, Scoil Maelruan’s and Firhouse Educate Together have signed up.

For further information on the project, which is supported by South Dublin County Council, visit www.dodderaction.ie, follow Dodder Action on Facebook or Twitter or email dodderaction@gmail.com