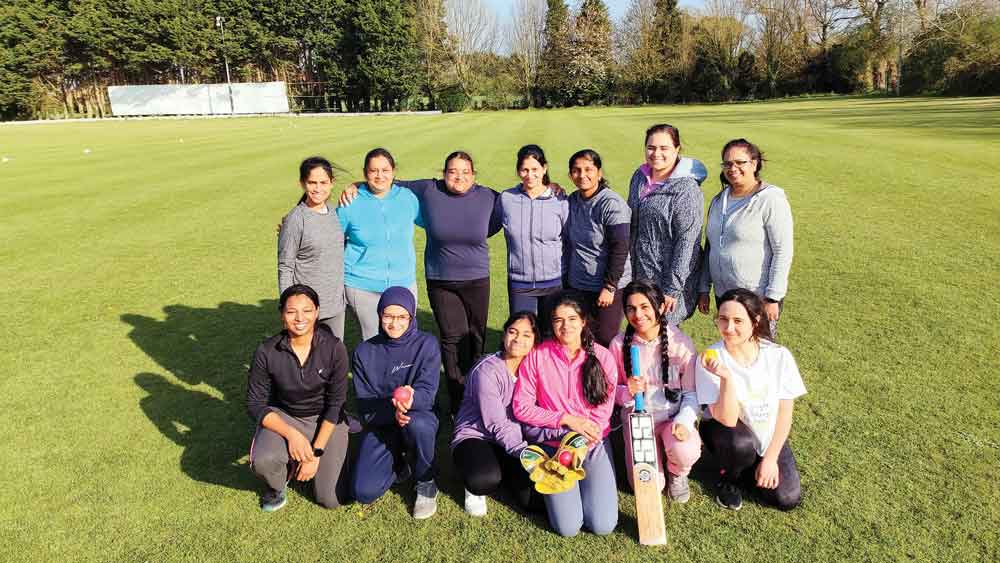 Adamstown Cricket Club is poised to field its first ever women's team in the Leinster League later this month, with more sides likely to come on board next year

New era for Adamstown as women’s section takes off

ADAMSTOWN Cricket Club is poised to embark on an exciting new era in the club’s history with the fielding of its very first women’s team in the Leinster League later this month.

Igniting its Women’s Division Four campaign away to Phoenix Cricket Club on May 16, Adamstown CC, which has been primarily based out of Corkagh Park, is breaking new ground for the sport in Ireland as Meena Baskarasubramanian, the club’s women’s secretary explained.

“It’s the first time that a cricket club like ours in Ireland, playing in a public park setting, has started a women’s team” she said.

“We started this campaign a couple of months ago and it’s been a collective effort by all in the club.

“Naomi Scott-Hayward who is the Development Manager for Cricket Leinster in the South Dublin County Council region ran a ‘Give it a Blast’ programme as part of Women in Sport for Women’s Day in the Adamstown Community Centre.

“She invited women and young girls to come along and try out cricket at an indoor session and that was really the seed for all this” she told The Echo.

The establishment of Adamstown CC’s new women’s section, which currently numbers some 40 players, comes at the same time that Cricket Ireland have issued full-time contracts for members of its international women’s team.

And the fielding of its first women’s side in the Leinster League is a landmark move for a club that currently caters for eight men’s teams and 11 youth sides, and it is one that has largely come about because of the development of new cricket grounds in the imminent Airlie Park facility in Adamstown.

“We in Adamstown Cricket Club had been actively trying to set up a women’s team, but we never managed to do it because we play in a public park and the facilities are very limited” explained Baskarasubramanian.

“There are no changing rooms and no toilets, so it’s very hard for women to be playing in a game like this without such facilities.

“But now that Airlie Park is coming, we’re going to have all the necessary toilet facilities and everything, so we’ll be able to cater for women’s cricket in Adamstown.

“This season, all our league games will be away because of the lack of dressing room and toilet facilities at the moment.

“But this development in Airlie Park is on the horizon, so it was an even more compelling reason for us to start a women’s team.

“We’ve registered ourselves for Division Four in the Leinster League this season, but we have 40 players in the squad.

“We have an internal league and friendlies planned for the players.

“We’ve had two friendlies already, one with North Kildare Cricket Club and the other with Leinster Cricket Club. All our players are being given the chance to play.

“There are also five or six youth players in our team, so that again is something we want to promote.

“We want to start them at 15 give them opportunities to play in a women’s team and to keep their interest going so that they have a chance to become professional cricket players.

“That can be an option and we can give them that pathway. That’s the aim” she said.

NEWER POSTMatch of the Week: St Mark’s see off Counsel Gaels to secure Under 15 title
OLDER POSTGannon is in confident mood ahead of Dublin’s clash with Kilkenny