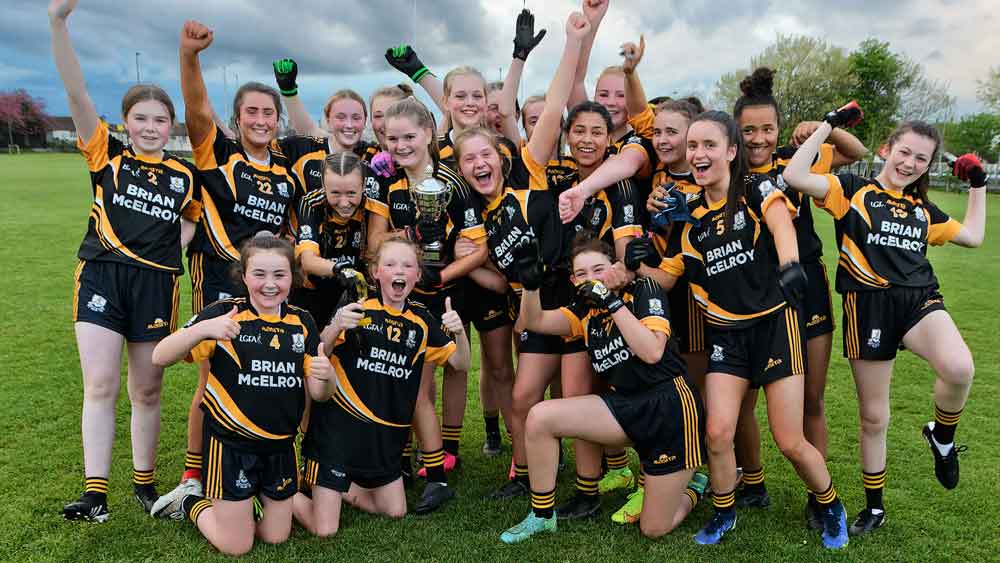 Match of the Week: St Mark’s see off Counsel Gaels to secure Under 15 title

ST MARK’S needed to pull out all the stops to earn a 3-9 to 2-2 victory over a battle-hardened Good Counsel Liffey Gaels and subsequently land the Under 15 Division Nine South League title.

Crowds at Galtymore Road bore witness to a real barnstormer as both teams went at it, the Tallaght side eventually securing the league in their final match of the campaign on Friday evening, May 6.

A win for the Drimnagh outfit would have pushed the title-deciding fixture out to their final match against Ballyboden St Enda’s in June, but Mark’s were not willing to rely on outside help.

Ava Sherwood opened the scoring for the travelling Springfield team after a swooping counter-attacking move.

She then raised a green flag not too long after, while Emma Byrne broke through to split the posts. 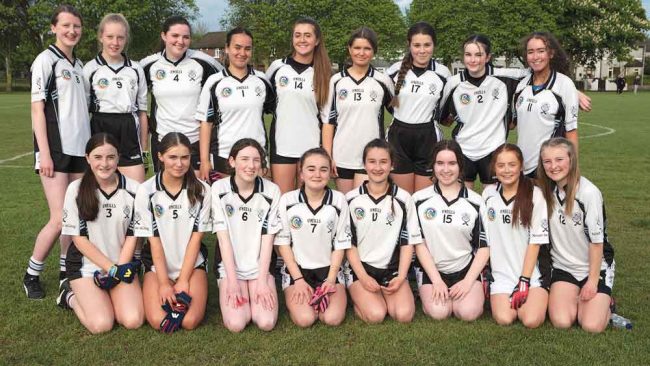 But Counsel Gaels were not about to lose sight of their opponents and their dynamic full-forward, Cayla Martin hit a quick 1-1 salvo to ease them back into contention.

Both teams had to work diligently for every score and the battle which ensued around the middle of the park was enthralling.

While Mark’s centre-back Aleesha Nkemachor was ever-present in defence, Aimée Noonan McKeever was a standout with her link-play and determination around the midfield area. Likewise, Gaels midfielder, Caoimhe Byrne and centre-forward, Lacey Ó Donovan asked a lot of questions of the visitors with their excellent ball-carrying and off-the-ball movement. 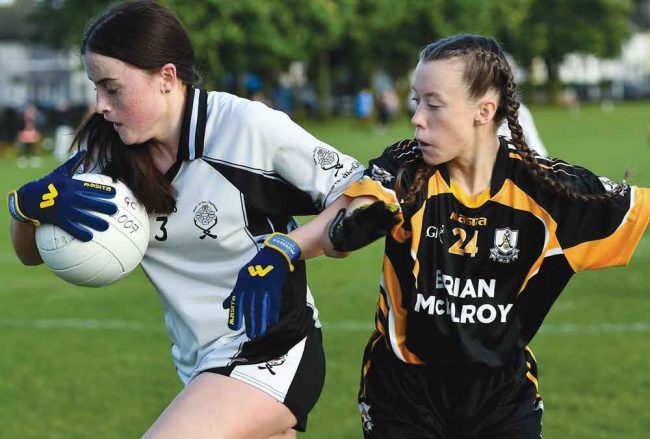 When the going got tough, Counsel Gaels could constantly rely on their wing-back pairing of Ellie O’Sullivan and Zoe McGlynn, who each demonstrated blistering recovery pace.

Forward, Ellie Foran managed to kick 1-1 for the hosts before the break, but the Saints kept the pressure on to push ahead with captain, Tori Harte driving the team on through midfield.

Brilliant work from Mark’s full-forward, Caitlin McCarthy resulted in a nice point while Noonan McKeever split the posts from a free and Yasmine Lynott fired over after some great individual work. 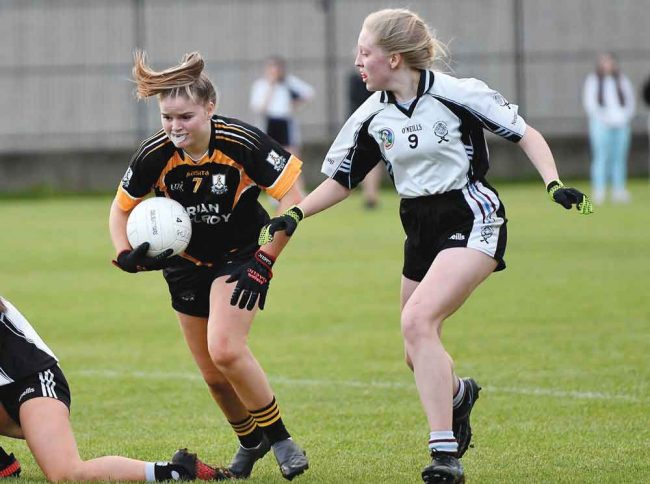 Tori Harte of St Mark’s is tracked by Caoimhe Byrne

Scoring opportunities were few and far between for the opening 10 minutes of the second period, as the two teams battled for the spoils.

However, Quirke started to come into her own and kicked three excellent points to end the game with a personal tally of 1-3.

Naomi Hatch, having played as a defender in the first half, was deployed in midfield after the break and it worked, with the player scoring a nice point for the amber and blacks. 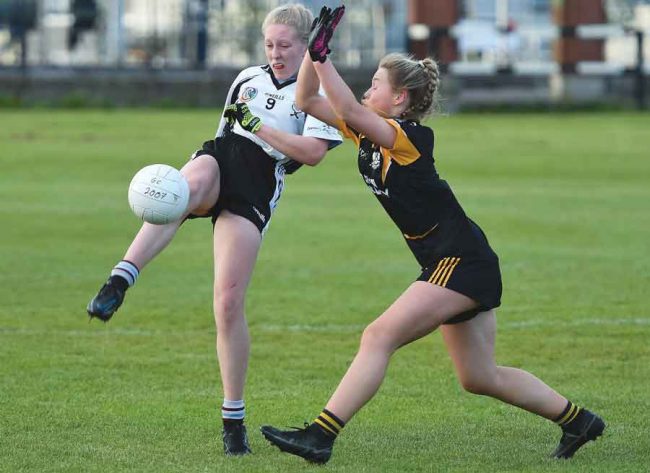 Hatch combined with Harte and Gabi Petrov in midfield when the game was in the mix, and the latter put the result beyond doubt when she burst through on goal and fired to the net.

Speaking to The Echo after the result, St Mark’s mentor, Danielle Walsh was thrilled to see her side win the league after two seasons of work.

“We started this team in 2020. Over the last two seasons, this team has grown in size, confidence and ability,” she said.

“Winning the league, going through all five games without dropping any points, just shows the hard work, dedication, and commitment of this team.

“Every single one of the girls in this panel of 22 players have been unwavering in their commitment to constantly grow and develop as a unit and we just can’t wait to see what these girls do next.”

Karen Blood’s Good Counsel/Liffey Gaels team are one of the first ladies football sides in the club’s history and she was pleased at how her side adapted to the big-ball game.

“Our girls are only new to football this year” she told The Echo.

“We’ve never had ladies gaelic football teams in the club and we’ve entered in four juvenile teams this year.

“I feel like they have all adapted very well and I think we’ve held our own in the league. “We started off strong, getting two wins, and then we came up against tougher opposition as the season went on.

“But I’m very optimistic for the future, that’s for sure. We’re going to keep encouraging the girls to play and keep building from here.”