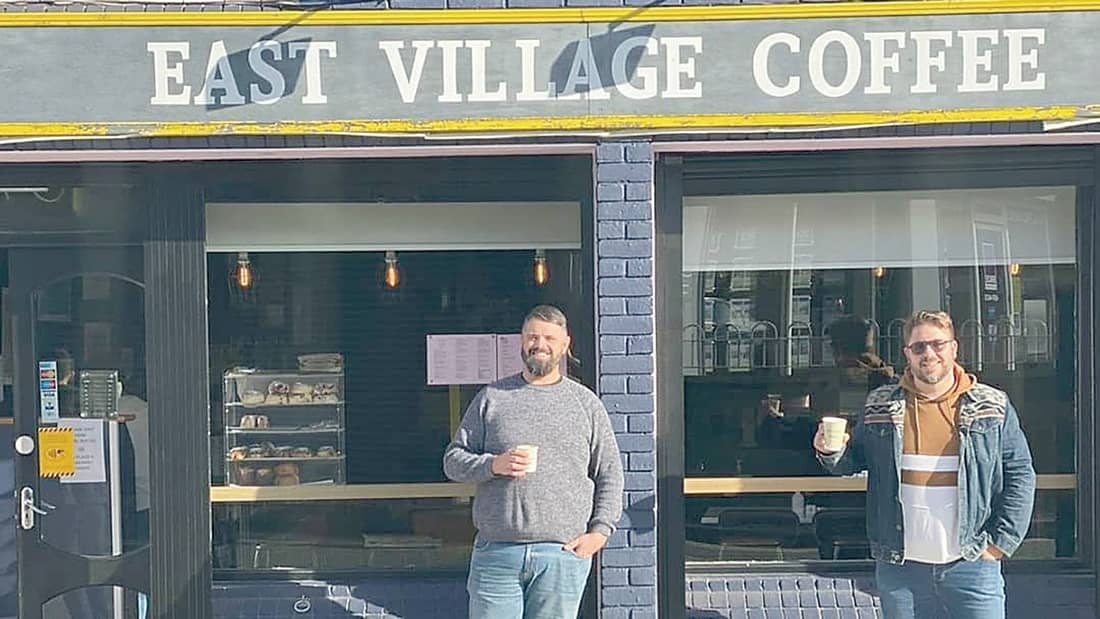 In May, the Happy Pear, established in Greystones by twins David and Stephen Flynn, announced they would not be reopening in Clondalkin, citing a loss of revenue due to coronavirus.

South Dublin County Council, a primary stakeholder and leaseholder for the €4 million centre, put the project out to tender.

Jonathan Barr, owner of the popular East Village Coffee on Monastery Road, teamed up with Mark Matanes, former manager of the visitor centre, and put together a ‘dream team’ proposal that was successful this week.

“I’m delighted, I got involved with Mark, thought it could be a good combo, someone with local knowledge of the centre and a café with a good reputation,” said Jonathan.

The Echo understands the tender is a nine months lease, with the option of a further three months.

Contracts, covid requirements and minor maintenance issues need to be finalised, but it is hoped the centre could reopen to the public by October.

Acknowledging the task ahead, Jonathan feels the “daunting part is to run the centre itself.”

“It’s not like owning your own unit, you have different stakeholders to answer to, but the building itself is in place, the kitchen is in place, there are some costs to put in.

“I am from Clondalkin, proud of where I come from, Mark has strong connections to the area, and I genuinely think we will do a good job.”

A general feeling in the area was that the Happy Pear wasn’t the right fit for the centre since it first opened in 2017.

The menu was another contentious issue, which was strictly vegetarian and on the pricy side.

Jonathan will be making changes to the menu to incorporate meat, but also keeping vegetarian offerings (including veggie brunch dishes).

He continued: “The biggest thing is we are hoping to create an atmosphere, which it lacked. People go to the centre not only for food but for the experience and for a treat. The dining area was a bit like a canteen. We have always had atmosphere in the East Village, good music, a bit of character, pictures on the walls.”

An East Village social media post on Monday announcing the pair’s pride in being “entrusted to run such an important historical site in the heart of our beautiful village” exploded with positive reactions.

Jonathan’s phone battery was running on empty with the number of people calling him to congratulate.

Clondalkin Cllr Eoin Ó Broin (Ind) said: “I’m delighted for them. I’d also like to commiserate with the other cafes that made a big effort in their applications for the tender as well.”

“Part of the remit was they want us opening in the evenings. A concern is the lack of evening offerings in Clondalkin. We might test-pilot a Friday night for families and see how that goes. Another thing me and Mark are considering is takeaways at the hatch before it opens fully, to get the idea up and running that we are back open.”

Extra staff will be required down the line, but Jonathan will be able to mix and match with his East Village team and Mark has contacts with former employees at the centre.

“We are eager for this to be a thriving hub for the community,” he said.

The council sent out a notification to councillors, confirming Juno’s Coffee Shop Ltd trading as East Village Coffee, was chosen as they “offered a more competitive and responsive offer on this occasion.

“Arrangements for re-opening the Round Tower Heritage Centre (Brú Chronain) will be considered over the coming weeks in accordance with the Government guidance on covid related requirements.”