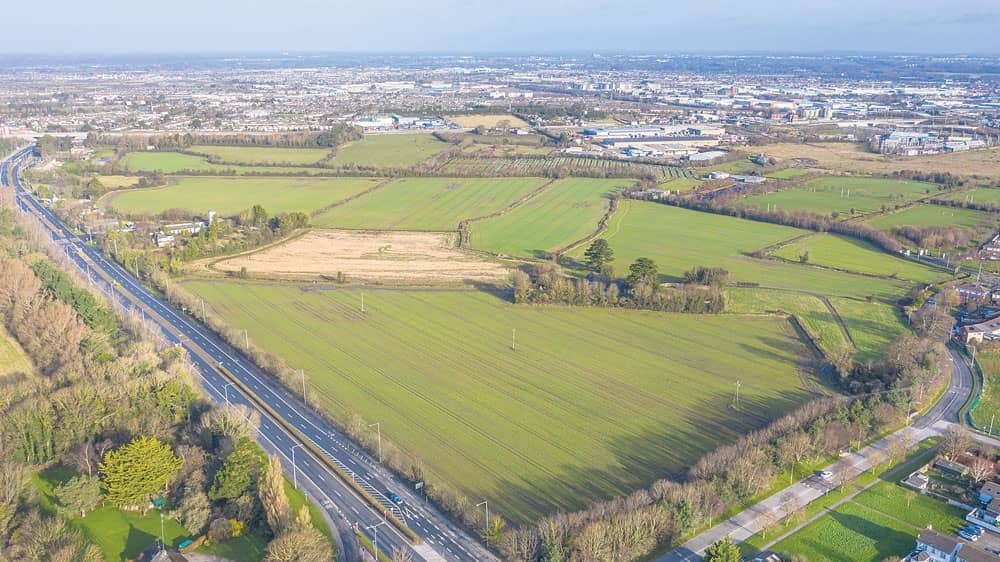 A JOINT motion in relation to the rezoning of the proposed Newlands Farm site in Kingswood as part of the County Development Plan has been submitted by two Independent councillors.

Cllr Alan Hayes, for Palmerstown-Fonthill, and Cllr Ronan McMahon, for Rathfarnham-Templeogue, submitted the motion about rezoning the lands for residential use.

The green belt between Kingswood and Clondalkin

As previously reported in The Echo, developer Hibernia REIT’s plans for the site include a residential development of approximately 3,500 units, a multi-purpose sports hub, and the restoration of Katharine Tynan House.

The Newlands Farm site is currently zoned for agricultural uses, however in order for planning permission to be considered the site will have to be rezoned for residential uses in the next South Dublin County Development Plan, for the period 2022-2028.

The motion in relation to rezoning the Newlands Farm site for residential use is expected to be discussed at a council meeting later this month.

Cllr Hayes told The Echo: “Submitting a motion about rezoning opens it up for conversation and debate.

“I think having a motion in there enables that conversation, and I’m open to hearing other councillors’ input on why they think the land shouldn’t be rezoned.”

Another reason for submitting the joint motion, according to Cllr Hayes, was concerns about other land in the county that is zoned for residential use, but has not yet been developed.

“The council are saying that there isn’t a need for more land to be rezoned in the county, that there’s enough zoned for residential use,” he said.

“The council manager said this at a briefing on the core strategy of the County Development Plan for all councillors last month, and it seems that all the councillors are taking him at his word.

“I have no reason to disbelieve him, but if there is sufficient land zoned, then where are the homes?

“Whether or not sufficient land is zoned [for residential development], that doesn’t equal housing delivery.”

He added that, in his experience, private developers like Hibernia REIT tend to develop sites quickly after rezoning and securing planning permission.

Cllr McMahon told The Echo that he had no comment to make on the content of the motion, but added that he will speak on the joint motion at a County Development Plan meeting on June 17.

Ultimately, the 40 councillors in South Dublin County Council will vote on whether the site should be rezoned for residential use or remain zoned for agricultural use when the draft County Development Plan is voted on.

Hibernia REIT’s plans for the Newlands Farm site have been a point of contention in the locality since they were first announced last February.

The plans for the site have been met with opposition from the Kingswood Heights Residents’ Association, who described the subject site as “a vital green lung” and said the residential portion of the plans were “not conducive to sustainable communities – buy-to-let only creates transient tenants”.

Tallaght Community Council previously expressed concerns about the density of the proposed development, and claimed “our local services and existing community amenities cannot sustain this influx of a transient rental population”.

However, the Tallaght Historical Society welcomed the plans for the restoration of Katharine Tynan House, while local sports clubs St Kevin’s Killian’s GAA Club and Kingswood FC are backing the sporting infrastructure aspect of the proposed development.