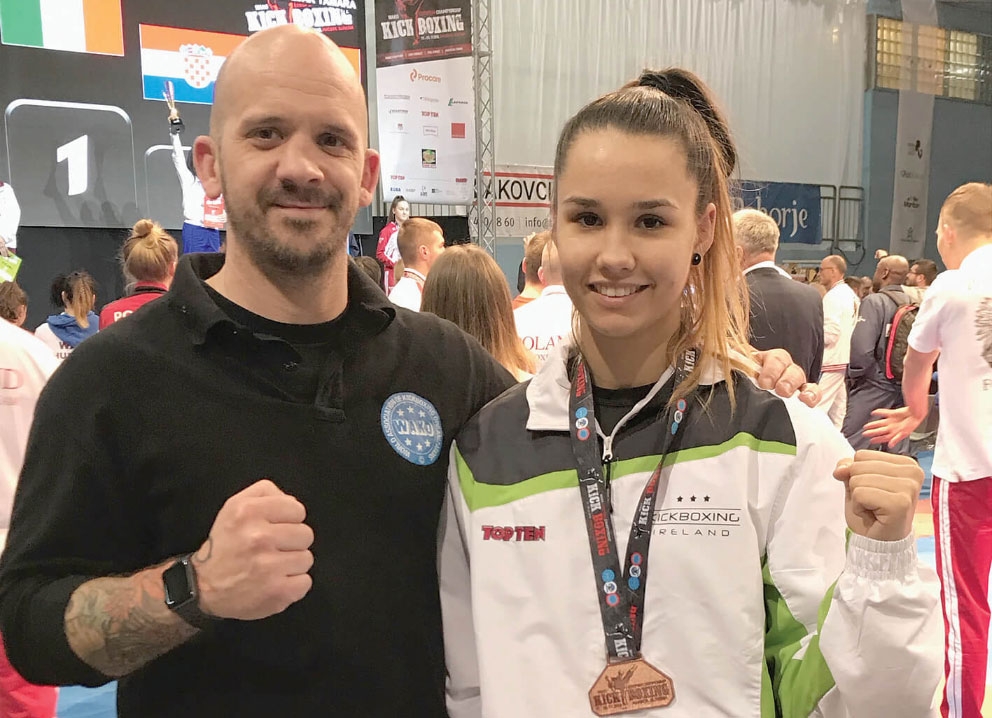 The tournament which was held in Slovenia saw some 31 countries represented in Light Continuous, Points Fighting and Full Contact divisions.

Nikitina, who dominated the junior scene for six years recurring, saw off her Slovenian opponent Angela Stanic in the quarter final and her three-point victory guaranteed her a place on the podium.

She next faced Germany’s Keysha Cellar in what was a much closer battle where both opponents found themselves deadlocked at different stages throughout the three rounds.

Yet, it was Cellar who edged one point ahead on the very last second leaving the Irish champion with no time to counter.

Nevertheless, it was a terrific performance by the reigning junior world champion and who is now already a proving a major threat in the senior ranks of the Ladies -65kg division.

Team Ireland fielded one of their smallest squads in recent years, but they did not disappoint finishing the championships with three gold and seven bronze medals.

They finished third in the Points Fighting Team Event Challenge with Nikitina helping her team mates beat Russia in the quarter finals after which they lost out to eventual champions Team Italy.