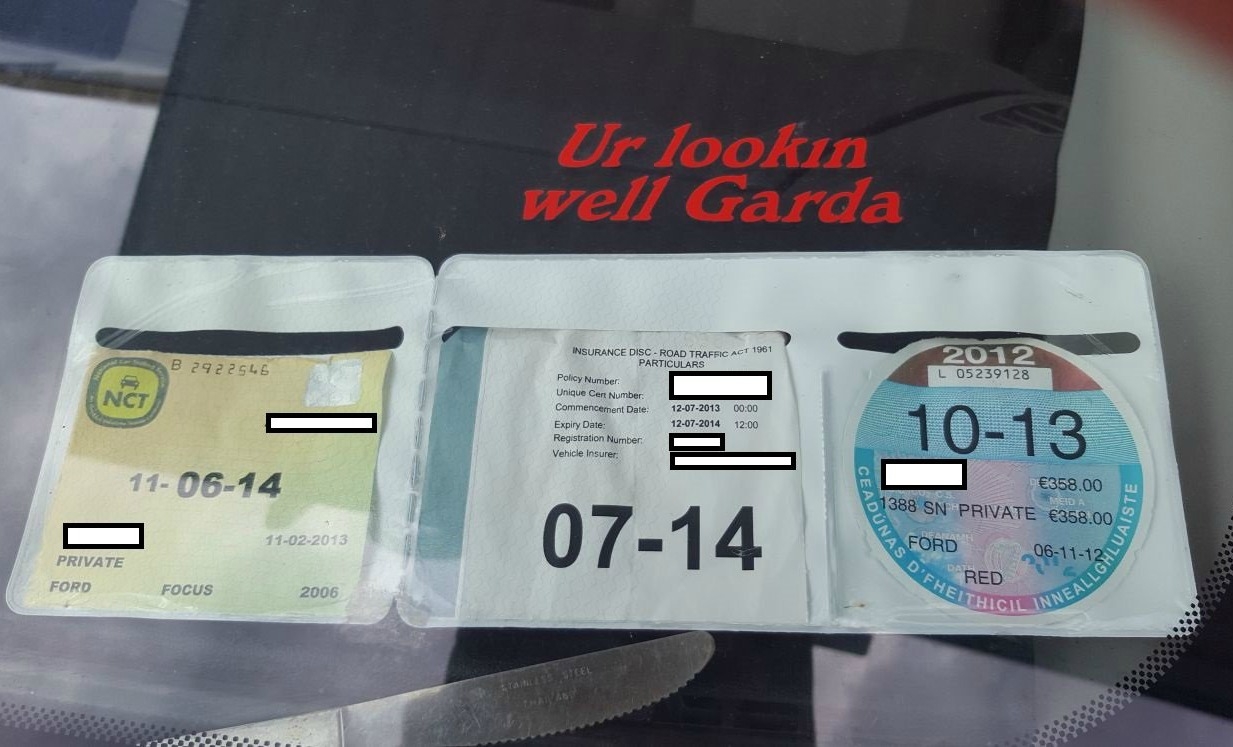 Not even a compliment could save this driver from a day in court after Gardai stopped a vehicle in Meath today.

Traffic officers stopped the driver who had no valid road tax, insurance or NCT.

Meath Traffic: Car seized No Tax/Ins/NCT.Court to follow!but
many thanks for the compliment, too kind. It didn’t work though... pic.twitter.com/38Yw2vzJTt

Indeed, the motorist’s insurance was three years out of date, as was their NCT certificate, while the road tax had not been paid since 2013.

Gardai thanked the driver for their kind compliment on the windscreen, which said “Ur lookin well Garda”.

However, it was not enough to sway the officers to be lenient, and the vehicle was seized, while a day in court will follow.