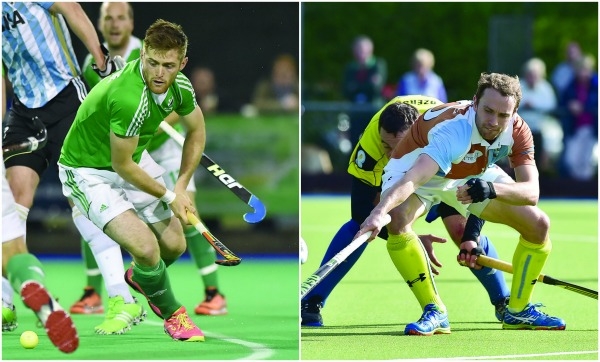 SHANE O’Donoghue from Knocklyon and Three Rock Rovers man Mitch Darling have both been included in the Ireland’s 16-man hockey squad for the Olympic Games in Rio.

The Olympic Council of Ireland (OCI) and Hockey Ireland announced the panel along with three travelling reserves on Monday.

Having played a major part in Ireland’s qualification for the Summer Games, O’Donghue and Darling were always strong contenders for selection.

“2015 was a great year with the Irish team and then to carry that on with Dragons and win the Belgian club title after two tight final games against Race Club Bruxelles. It did so much for my confidence.

“But now I’m fully focused on Ireland and really doing well in the Olympics” stressed the clinical midfielder who was, last year, shortlisted for the FIH Rising Star Award.

Craig Fulton’s squad is due to fly out to Argentina next Tuesday for a holding camp and, from there, will travel to Rio for the Games.

India will provide their first opposition on the Olympic stage on August 6 after which they will face Netherlands and defending champions Germany on August 7 and 9 respectively.

Their final Pool B fixtures will see them take on Canada on August 11 and Argentina the following day.