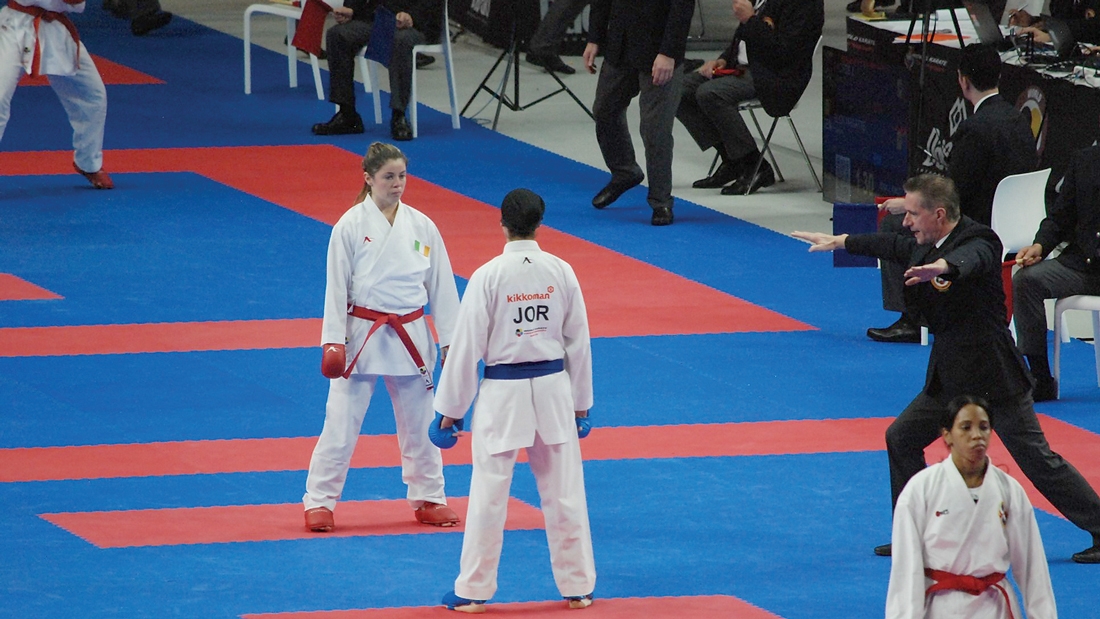 CARADH O’Donovan is itching for a return to her sport of karate ahead of what could be a hugely important period for her from November until next June.

The former World and European champion kickboxer with Tallaght Martial Arts, is hoping to make a push for Olympic qualification in 2021.

Olympic karate hopeful, Caradh O’Donovan is hoping to be back training soon

Yet first up for her could be the World Championships in Dubai which are still scheduled to take place in November.

Following that will be the European Championships in May after which the all-important Olympic Games qualifier will he staged.

Although no venue or date has been given for that, it is thought that the competition will be held in June and a top three finish in her -61kg class there would see O’Donovan on to the Summer Games stage in Tokyo.

Previously living in Clondalkin before moving to Terenure, O’Donovan believes she is one of the Irish athletes who can benefit from the postponement of the Olympic Games.

“I would have to say it has helped me especially with my leg injury. It gives me another year for that to heal.

“But I’d have to say that I have a better chance of qualifying in 2021 than I would have had this year.

“In order to get the chance to compete for Olympic qualification spot I’ll have to hold on to my Number One ranking in Ireland.

“You can never take that for granted and you always have to be ready for anyone who might want to challenge you for that” she stressed.

With that in mind, O’Donovan is hoping that she will get the same chance to return to training that has been afforded other Olympic-chasing athletes and teams from last Monday.

Indeed the likes of athletes on the 2020 Sport Ireland International Carding Scheme, the IRFU professional players and the four FAI clubs who are preparing for European competition have been permitted to travel beyond 20 kilometres from their homes to attend scheduled training sessions at certain venues.

Given the level at which she competes in her bid for Olympic qualification, O’Donovan insists she should be included among that grouping.

“I suppose it’s not a huge thing in the scheme of things, but I just hate to be treated unfairly” said O’Donovan.

“I’ve just had enough of this lockdown and I want to be back training” she added.

O’Donovan is still heavily involved in athlete welfare issues as part of a start-up group of Global Athlete- a new international movement aimed at mobilising athletes in order to provide them with a stronger voice in their respective sports.

NEWER POST“We had wanted to take something good out of a dark and grim situation”
OLDER POSTFood with JP passion: Perfect pork