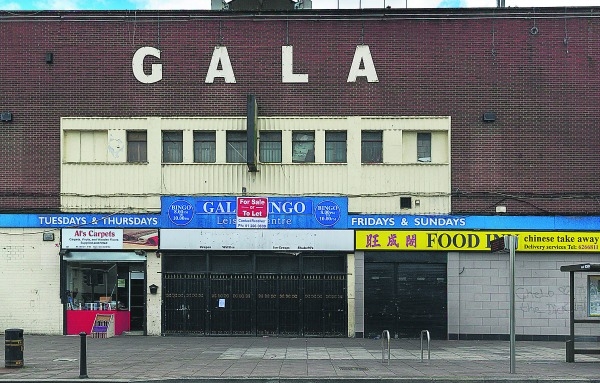 BUSINESSES in Ballyfermot fear plans for a Dealz store at the Gala building could have a detrimental effect for existing local traders.

Receiver for the Gala building, Tom Kavanagh, has applied for planning permission with Dublin City Council – which contains proposals to change the use of the former bingo hall into a Dealz retail store.

Dublin City Council have yet to make a decision on the planning application, but have requested additional information surrounding the provision of parking for customers and deliveries to the building.

A number of objections have been lodged by local business owners.

McGill Planning, on behalf of J&D Stores, Ballyfermot Road, lodged a detailed submission, citing a wide range of concerns, including potential impact the proposed 120,000 sq.m Dealz store could have on existing traders.

They also cite a chronic lack of parking on the street, and say the plans “provide no customer parking.”

They also express dismay that nothing will be done to enhance or modernize the exterior of an iconic but old building – which opened as a cinema in 1955 and had many uses, before receivers were appointed in 2014.

McGill note the area has slightly decreased in population according to latest Census figures, and the lack of housing plans for the area – factors which have led to “no retail growth.”

“Until such time as Ballyfermot undergoes significant redevelopment and population growth there is no justification for increasing the level of retail in the area,” said the submission.

It claims the “excessive scale of retail proposed” will have a “negative impact on the viability of existing retail provision in the area,” citing 18 local convenience retail outlets along Ballyfermot Road.

With regard to the exterior, McGill say the front of the building is run down and presents a negative edge to the street.

“The applicant merely proposed to replace the existing signage – the front elevation will remain substandard.”

Sinn Féin TD Aengus O Snodaigh made a submission, which calls for asbestos sheets on the roof of the building to be removed before any work takes place.

Deputy O Snodaigh said: “No new or additional activity should be carried out until that (asbestos) is removed and any works in relation to the building should have a detailed plan as to how contractors are going to safely remove and dispose of it.”

Dublin City Council noted private property located between Blackditch Road and the Gala building, over which it is proposed to provide a vehicular access.

The council say the land appears to be outside the ownership of the applicant, and have requested the clarification of ownership of this strip of land.

City council planners have also requested a detailed layout of the proposed vehicular access, estimates of deliveries per week and to demonstrate that the service area is of sufficient size to allow service vehicles to turn on site, so as to avoid reversing on to the public road in the interests of safety.