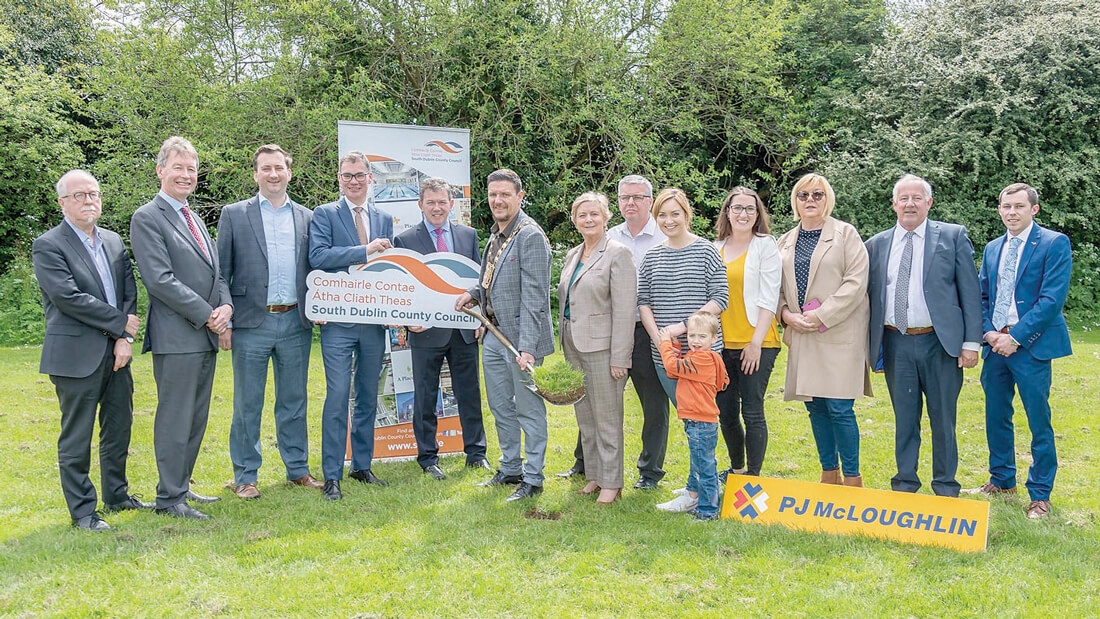 ON MONDAY, The Mayor of South Dublin County Council, Councillor Mark Ward, turned the ceremonial sod for the construction of a new €13 million swimming pool for Lucan.

Mayor Ward told The Echo: “A key objective of South Dublin County Council is to promote health, wellbeing, recreation and activity to improve quality of life for citizens of the county. The construction of Lucan Swimming Pool will add to the existing excellent sport and recreation facilities provided by the Council and in particular benefit the Lucan area.”

The Chief Executive of SDCC, Daniel McLoughlin outlined the facilities that will be available in the new public swimming pool building, including “a 25-metre long, six-lane, 13-metre wide pool, as well as a 13-metre long, eight-metre wide, multi-use pool.”

PJ McLoughlin and Sons Ltd, who have been awarded the contract for the construction of Lucan Swimming Pool, stated that “the building will follow the Nearly Zero Energy Building directive (EPBD) in pursuing the highest level of energy conservation, both in design and running costs.”

It is envisaged that construction works for the project will take 20 months to complete.

The development will be funded by a grant of €3.8 million from the Department of Transport, Tourism and Sport. SDCC will contribute €9.8 million to the capital cost.