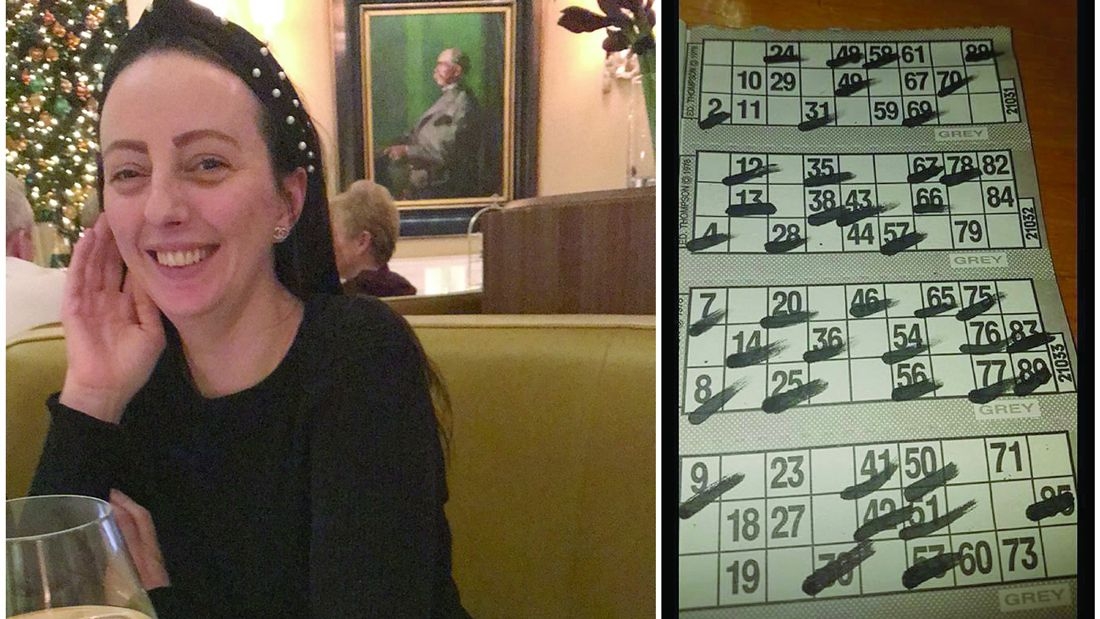 Online bingo proves a big hit with the elderly

ELDERLY people are keeping in touch with each other via online Bingo – a free service set up by Q’s Bingo Clondalkin to provide a bit of normality during the pandemic.

The initiative was set up as a trail run by Libby McCann, Manager of Q’s Bingo Clondalkin, and has proved popular with up to 200 emails from interested parties.

Libby McCann (inset) one of the bingo books

Libby hosts a free bingo game every night at 7.30pm via Facebook live, and some of her streams have resulted in hundreds of comments as players interact with the game and each other.

“It took a while to get up and running, but it is free and other bingo halls have started to copy it,” said Tanya Rogers, who is based in Q’s Bingo’s headquarters in Dundalk.

Tanya, Libby’s sister, said: “It is to keep anybody who might feel isolated or just wants a wee cheer me up during this trying time. Books are absolutely free, no gimmicks she has given her time freely to do it.”

When the initiative started, players could collect books from a box outside the Q’s Bingo premises on Old Nangor Road, but with the new restrictions, Libby set up a digital card and emailed it to people who signed up.

“She has got a really good response, they can all talk to each other and communicate,” said Tanya.

“One problem is some of the players are elderly and don’t know how to check their email if the digital card went into junk mail. She can’t do anything about somebody’s wifi or equipment issues, but mostly it is working well and if other people are copying it, it means you are doing something well.”