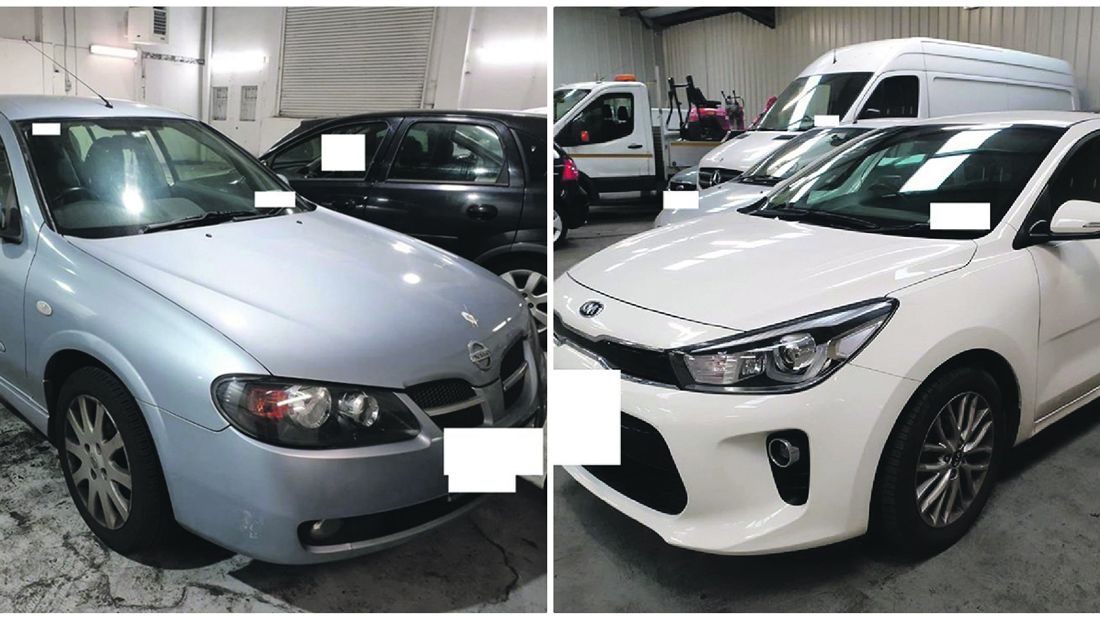 A RECENT operation by gardai in Clondalkin, Palmerstown and Rathcoole, led to the arrest of one male on March 24 and subsequent recovery of stolen vehicles.

Gardai at Clondalkin have been carrying out investigations into burglaries, normally occurring between the hours of 1am and 6am.

Gardai recovered this car during their investigations

In many of the incidents, thieves were stealing cars from the properties.

Gardai say they received great assistance from local people who passed on information and sightings to Community Gardai.

Detectives at Clondalkin Garda Station put in place a proactive operation on the evening on March 24, which led to the successful arrest of one male who was detained and later charged in court with a number of offences.

Gardai in Clondalkin, including Detectives, uniform gardai and the Roads Policing unit, have since managed to recover nine cars stolen in various burglaries.

Other recovered stolen property includes a laptop and an electric scooter.

Gardai appeal for residents to lock their doors, keep car keys out of easy reach of burglars, and report any suspicious activity.