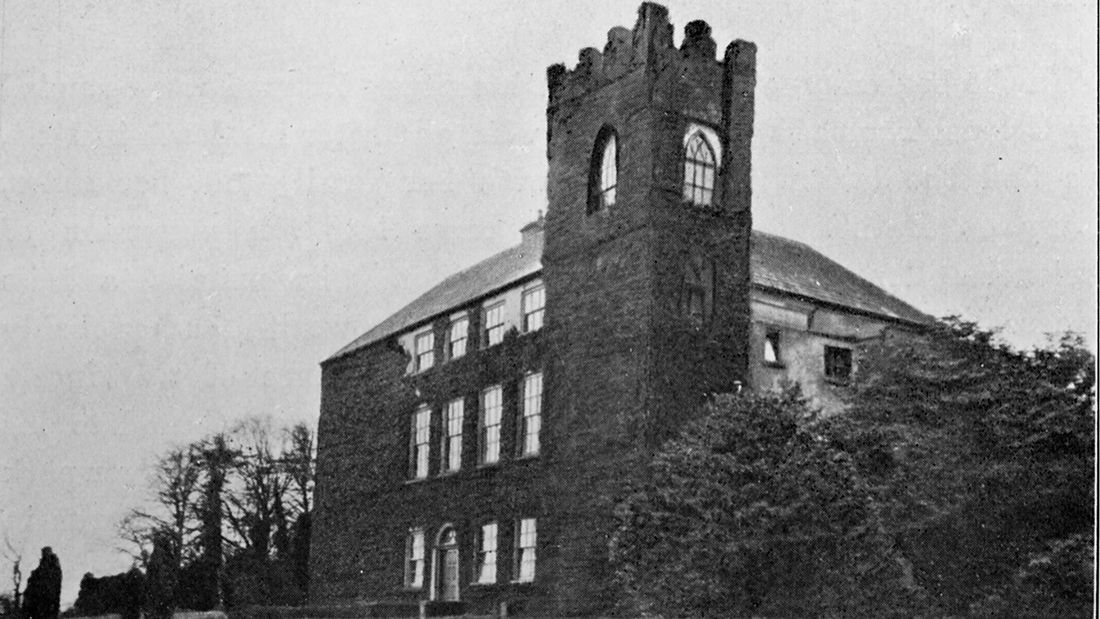 A border fortress of the Pale and a ground which experienced many battles, Belgard Castle was a structure which was no stranger to conflict.

As mentioned in an episode of Broadsheet on RTÉ which looked at the history of the castle, if the walls of the castle could speak, they would “tell many a tale of skirmish and siege and foray”.

The castle, which can be dated back as far as the fifteenth century, was a large and well-fortified building that was surrounded by a deep moat. Interestingly, the castle is described by the historian William Domville Handcock as being very similar to Malahide Castle.

Not only were these castles similar in structure, they were both owned by different branches of the same noble family, the Talbots.

Given its role as a border fortress for the Pale, Belgard Castle was the scene of many conflicts, with battles having took place there between the Talbots and branches of the native Irish clans such as the O’Toole’s and the O’Byrne’s.

A poem, written by Thomas Davis, titled Emmeline Talbot: A Ballad of the Pale, accounts the sort of conflict that would have been linked to Belgard Castle during the time of the Talbots.

The poem details how the daughter of the house of Belgard, Emmeline Talbot, was abducted by the O’Byrne’s. In his poem, Davis mentions how Emmeline was captured at Glenasmole by the native Irish and later fell in love with their chief, Connor O’Byrne.

Subsequently, both Emmeline and Connor were captured by Talbot forces and brought back to Belgard Castle where Connor was imprisoned in the castle’s dungeon.

Despite the fact that both the Talbots and the O’Byrne’s were so frequently at odds with each other, Thomas Davis’ poem details how Connor O’Byrne was eventually released from his cell and accompanied back to his clan with Emmeline where they were later married.

One of the most interesting people to have been a resident at Belgard Castle was Captain John Talbot, who was a member of the Talbot family that fought against Oliver Cromwell’s forces during the Cromwellian conquest of Ireland between 1649 and 1650. Talbot was later exiled, and Belgard Castle was forfeited and destroyed during the conquest.

After the restoration of the monarchy in England in 1660, Belgard Castle was restored to the Talbot family “for reason known onto the King in an especial manner meriting his grace and favour”.

John Talbot’s fighting efforts during the Cromwellian conquest of Ireland were not his last, as he went on to fight in defence of King James II at the Battle of the Boyne in 1690 where he was head of a regiment of calvary which he organised and funded at his own expense.

Although King James’ forces were defeated, John Talbot managed to keep some of his estates including Belgard Castle where he retired to a short time afterwards.

John Talbot, not having had a male heir, was the last of the Talbots at Belgard and after his death in 1697, the ownership of Belgard Castle was transferred to a number of different families in the years following, mainly through succession and inheritance.

Previous owners include the Trant, Cruise, Kennedy and Lawrence families. Much of the castle was demolished and used to build a Georgian house attached to an original tower of the castle.

The moat was filled, and a wall was erected around the property by the Cruise family. In 1910, the property was sold by the widow of Sir Henry Lawrence to the Maude family who remained owners of the property until the 1960s.

The property is still in use today and is owned by Cement Roadstone Holdings (CRH).