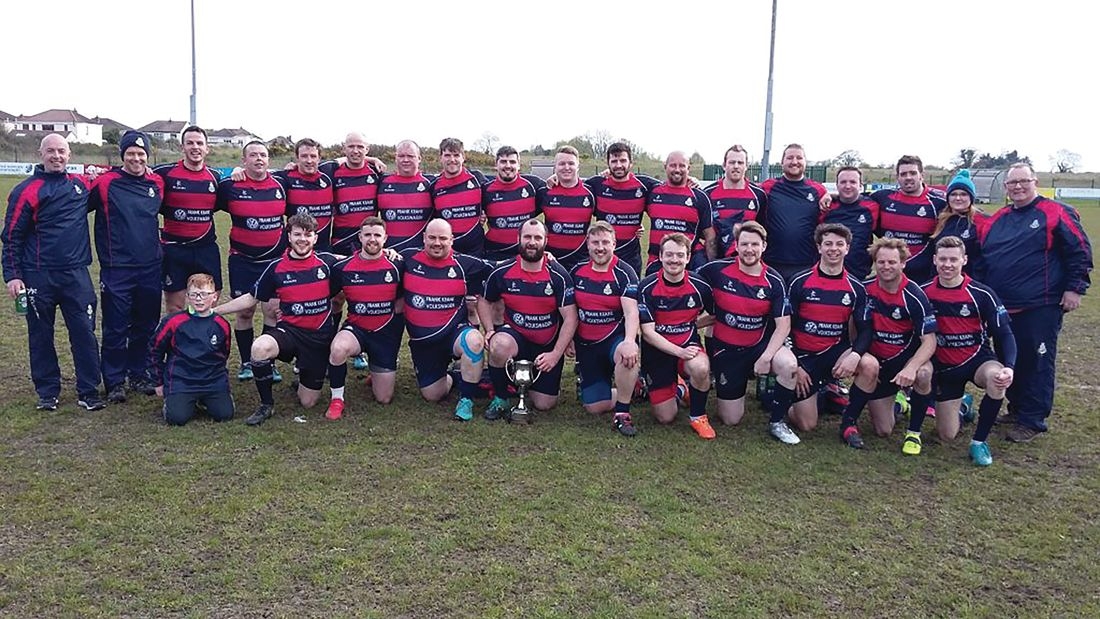 TALLAGHT RFC have been declared Metro Division Six champions after the season was brought to a premature close as a result of the Coronavirus threat.

The team was due to face Terenure in, what would have been, their first ever home title decider, but that fixture was scrapped.

Having finished nine points clear at the top in a season that saw them suffer just one loss, Tom Leigh’s side were duly crowned champions.

“The key strength this year was the squad” explained Leigh. “We used a lot of players over the season so the success is to be celebrated among the whole squad.

“Our league record was almost 100% but for one off-day versus Trinity.

“We had loads of tight matches but always had the belief and hunger to get the result. We went unbeaten away from home which is rare in any league and shows the mental strength of the squad. “

“But the key was the last three games which were all played in terrible conditions as the various storms raged in January and February.

“But we won all three games and only conceded five points combined. We were building towards the final and beginning to peak for that. Unfortunately the final didn’t get played and it would have been a huge battle against our local rivals Terenure having only beaten them narrowly both times in the league.”

“But we’re delighted the league season wasn’t declared null and void so that we have something to show for all our hard work over the last seven months” he added.

“I want to thank the coaches and managers Gary Brennan, Luke Tyrrell and Ciaran Keane for all their hard work and guidance this season. I also want to thank our amazing supporters who still came out in big numbers over the whole season.”

While Tallaght picked up the Division Six title, the Leinster branch decision meant that the club’s second team had to settle for the runner-up spot in Metro Division 11 as table toppers Clondalkin were declared champions.

Regarding that achievement, Leigh said “While it was hard on the seconds team to not get a chance to play their final, they still had a great season and I want to thank Simon Gaskell for all the hard work he put in.”