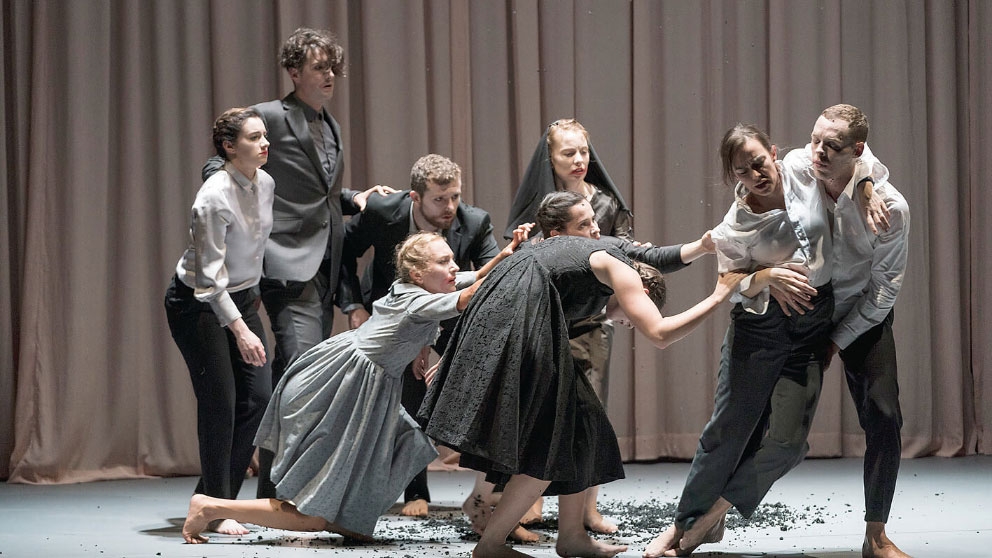 The Irish National Opera begins 2019 with its most extensive tour yet.

The latest tour from Irish National Opera of ‘Orfeo ed Euridice’ opened exclusively in the Civic on February 7.

The company’s production of Gluck’s ‘Orfeo ed Euridice’, which had a sold-out run at Galway International Arts Festival in July, will visit 11 venues between February 7 and March 2 for a total of 13 performances.

The all-Irish cast is headed by INO artistic partner, mezzo-soprano Sharon Carty, whose debut in the role of Orfeo in Galway won widespread critical plaudits. Sharon has been praised as “quite simply sensational” by the German magazine Der Opernfreund.

She made her Wexford Festival Opera debut as Lucy Talbot in William Bolcom’s ‘Dinner at Eight’ in October, when Operawire described her “subtle shading and carefully accented vocal line” as bringing “depth and ambiguity to her character”. Her performance as Orfeo is compelling, both vocally and dramatically. She is well matched by Sarah Power’s mysterious Euridice.

Irish National Opera has had a busy and highly successful inaugural year.

The company, which mounted its first production in February 2018, had a remarkable output in its startup year — 39 performances of 8 works in large cities and small towns, including a visit to the Barbican Theatre in London.

INO artistic director, Fergus Sheil, said, “I am delighted that one of our standout shows of 2018, Emma Martin’s profound and deeply moving production of Orfeo ed Euridice, featuring the gut-wrenching sincerity of Sharon Carty, will now be seen by opera lovers all over the country. Our Orfeo brings 21st-century Irish creative perspectives to bear on one of the 18th century’s most haunting operas.”