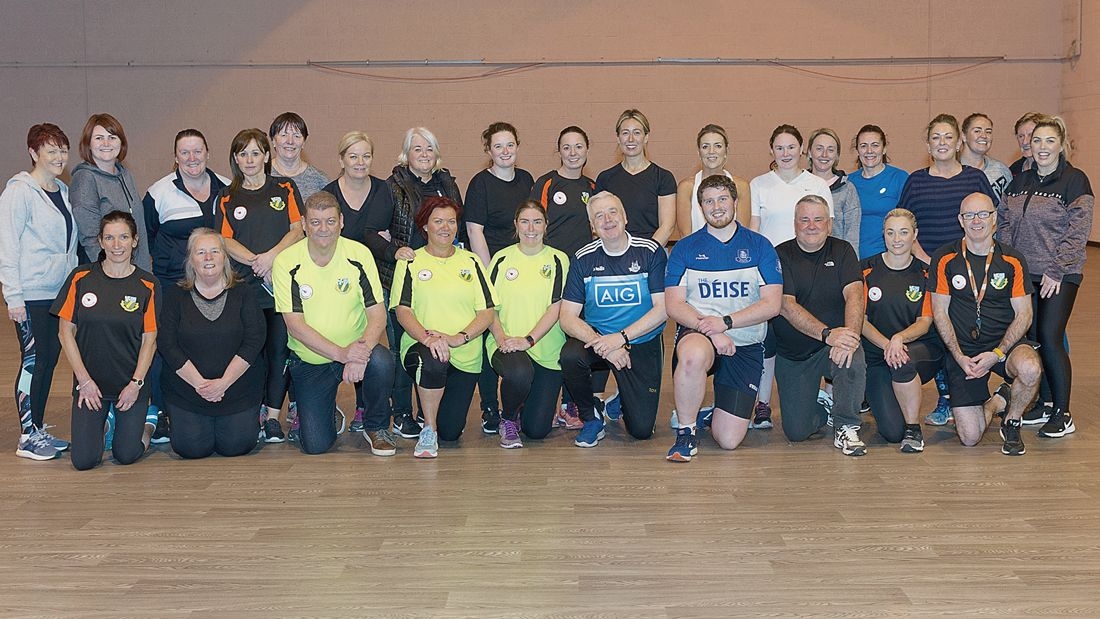 THIS year’s Operation Transformation programme has been another success for Thomas Davis GAA Club, as 200 people took part and have taken steps to live healthier, more active lives – and have even made some new friends on the way.

Thomas Davis GAA Club put together an eight-week timetable jam-packed full of leaders, insights into nutrition and exercise, special guest speakers and bootcamps last January to coincide with the beginning of RTÉ’s Operation Transformation, and to offer locals the chance to get involved.

As the programme comes to a close this Saturday, where Thomas Davis will play host to a finale night for those who took part over the past eight weeks, Carmel McGinty from the club said this year’s Operation Transformation in Thomas Davis GAA Club was a complete success.

“We have eight team leaders, we have coordinators from the club, we have bootcamp classes, Couch to 5k and Sunday morning walks,” explained Ms McGinty.

“There’s been great community spirit, and there’s been a great atmosphere and buzz around the club during Operation Transformation.

“Overall, it’s been great for people’s wellbeing and a lot of new friends have been made.

“We’ve had both young and old people taking part.”

This year is the second year that the club has played host to an Operation Transformation programme, with Anne and Dave Kennedy from the club being instrumental in setting it up.

Ms McGinty described the Kennedys as “the backbone” of the programme, and added that she wanted to extend her thanks to all of the coordinators who helped to make the programme such a success.