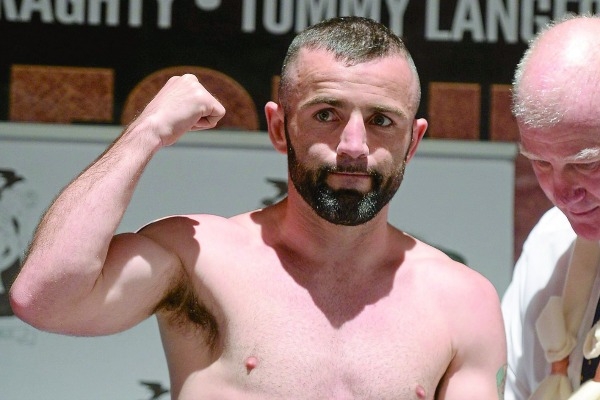 CLONDALKIN’S Stephen Ormond will face off against the unbeaten Alejandro Luna in their world title eliminator in Philadelphia on August 5.

The young Mexican-American lightweight stands between Ormond and a coveted world title shot he has been working towards since turning professional eight years ago.

And while 15 of his opponent’s 20 wins have come by way of knockout Ormond still believes he has what it takes to carve out victory next month.

“I’ve been watching him [Luna] and he’s an aggressive boxer that likes to come forward” said Ormond. “He looks strong and he’s young, but I’ve seen these type of boxers before.

“He’s unbeaten and he won’t want to lose this one, but there’s always a first time for everything.

“He’ll be no push over, but this is where I want to be. If you want to win world titles this is what you have to do.

“I think that once I’m properly prepared I can beat anyone in the world in my weight division.

“I don’t think he’ll have my engine and my experience will also play a part” he insisted.

With dates and venues for this eliminator constantly changing, Ormond has found himself training for the past three months.

“But it’s good to be fighting the heavier guys and I find I’m pushing them back and getting stronger” he added.

Ormond was originally scheduled to contest this eliminator in Las Vegas, but has seen the venue switched to Philadelphia, a change be believes could work on his favour.

“The venue has kept changing, but I’m not really bothered. It’s closer to home and it’ll allow me to stay on here for a few extra days training” he pointed out.

The bout will be chief support to the David Benavideza v Denis Douglin fight and will be televised live on ESPN.