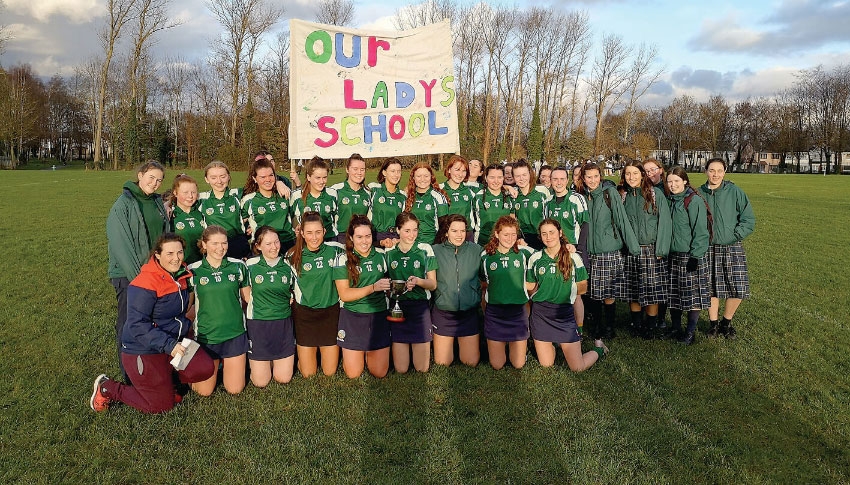 THERE was joy for Our Lady’s Terenure as they skipped past Castleknock Community College with a 5-5 to 3-10 victory in the Senior ‘A’ Camogie Shield decider on Friday, Emma Ryan firing home a last-gasp free to win the game in St Peregrine’s.

It was Castleknock who drew first blood and opened up a five-point lead over the course of the half before Blaithnaid Slater responded by unleashing a thunderbolt to the net just before the interval.

Our Lady's Terenure with the Senior A Shield

Leading 1-4 to 1-2 heading into the break, the Carpenterstown Road side continued to demonstrate their proficiency in front of goal as they registered another two goals.

They kept the scoreboard ticking with a series of frees, but down the other end, the Terenure side worked their way back into contention when Amber Finnegan found the back of the net.

Coupled with the performance of Ally Ramsden, who prevented a plethora of near certain goals, they kept chipping away at Castleknock and eventually levelled the clash.

Emma Ryan broke through on goal and fired home to restore parity before captain Holly Finnegan edged Our Lady’s into the lead for the first time with another goal.

With the clock running down, Castleknock pinned their opponents in their own half and eventually found the net with seconds left.