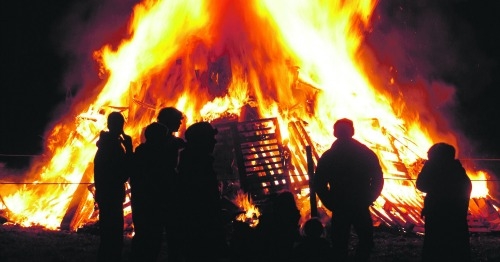 Over €20,000 is allocated by council for Halloween budget

OVER €20,000 has been allocated by Dublin City Council for the Halloween budget in Dublin South Central.

Ever since a severely under-staffed gardaí unit was attacked in Cherry Orchard on Halloween night in 2011, both gardaí and the local authority have worked hard to ensure the seasonal holiday passes without trouble.

A more robust approach has led to a significant decrease in anti-social behaviour over the last three years – so much so, that the measures carried out in Dublin South Central, may be replicated in other city council areas.

In the lead-up to Halloween this week, the council have removed tonnes of bonfire material.

Public domain units containing trucks and crews have been out to retrieve material at houses, industrial estates, and other areas where it is being stored.

Paul Rainsford from DCC’s Public Domain unit, told councillors at the South Central ACM this week that they used the experience of previous years “to identify active days in advance.”

He said they were looking at a building on Wednesday evening that could contain “500 to 600 tyres” and that all public domain units are prepared to “put their shoulder to the wheel.”
Authorities will be taking a robust approach to prevent trouble at Halloween, but will also put in place positive community initiatives.

Sinn Féin Councillor Daithí Doolan praised the “pro-active” and “concerted approach” by authorities in the lead-up to Halloween.