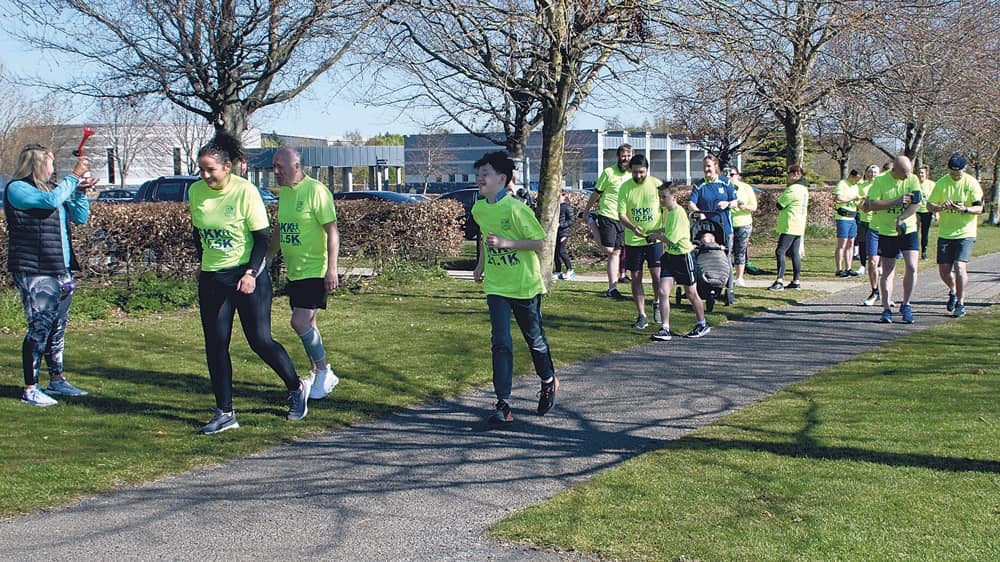 OVER €21,000 was raised through a virtual half marathon for St Kevin’s Kilian’s GAA Club.

As previously reported in The Echo, the club, which has been the fastest growing club in Dublin for the last two years in a row, set out to raise much needed funds for more facilities.

On Saturday, April 17, over 100 members and teachers from local schools took part in the virtual half marathon (21.1km) in order to raise the funds, beating their initial target of €20,000.

Chairman of the club Ciarán Long said that the fundraiser was an “incredible achievement”.

“It’s great that it was raised for the club and then 20 per cent is going back into the schools, so that’s €4,000 going back to the schools which will be a massive benefit to them as well.

“We are absolutely delighted with it and a big thank you particularly to Aidan Kavanagh who organised it, it’s fantastic and the day itself went really well.

“There was lots of people out, all socially distanced and it was a really successful event and day.

“I think there was over 100 runners out in the end and the school’s teachers got involved as well, so it was excellent.

“It was for much needed funds in the club so everybody is very happy.”