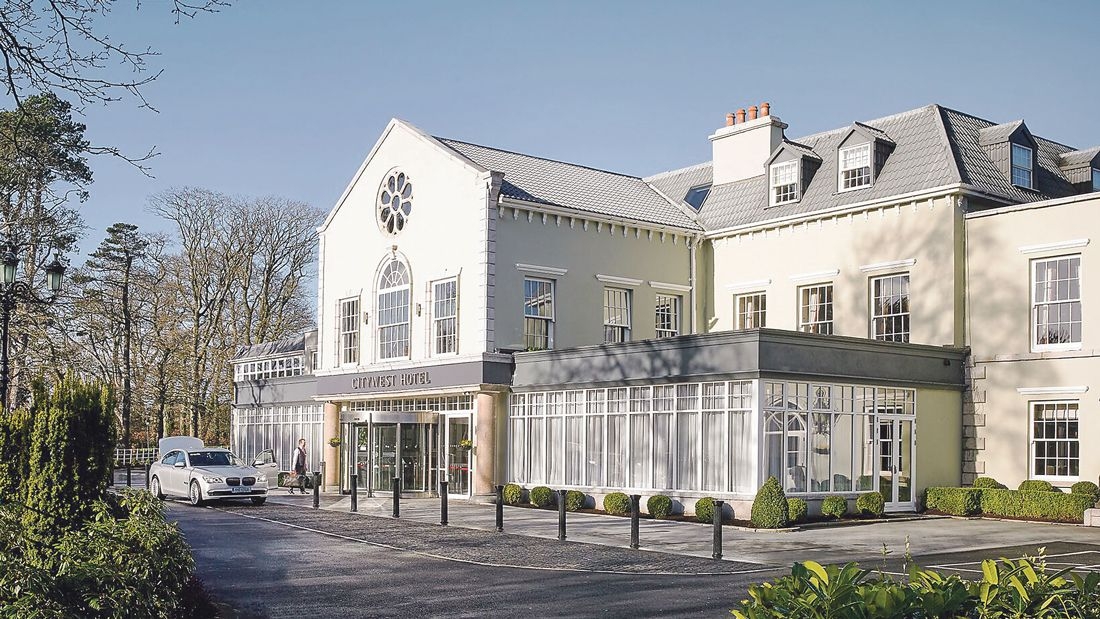 Over 400 admissions of self isolation at Citywest Hotel

SINCE Citywest Hotel opened as a self-isolation facility on April 1, there have been 429 admissions, according to the HSE.

As of May 13, the HSE told The Echo there are 139 people in residence at the hotel, but this figure changes frequently due to new admissions and discharges.

Citywest Hotel was block booked by the HSE in March, as a self-isolation facility until the end of the year.

A HSE spokesperson told The Echo they are receiving daily referrals to Citywest nationwide from GP’s and a range of healthcare processes “for people requiring access to this service”.

Citywest has 750 bedrooms to accommodate three categories of people who cannot self-isolate at home – those with no symptoms, those with mild symptoms awaiting a test result and those who have tested positive for Covid-19 but have mild symptoms.

When it was unveiled as the country’s first major coronavirus isolation facility at the end of March, HSE chief Paul Reid said that it would not be used for anyone needing critical or acute care.

A HSE spokesperson said colour coding is utilised as one of many infection prevention and control (IPC) measures implemented onsite to assist residents during their period of self-isolation.

A huge operation went into the project, to repurpose the hotel as an isolation facility and train some 150 hotel staff.

A worker at the facility said the coding colours of blue, orange and red are strictly controlled to ensure no crossover from patients, staff and healthcare workers.

“People cannot enter different coded areas. Dinner is dropped to the hotel room door of those with symptoms,” he said.

“It is a well run operation. Hotel staff were given the option of continuing to work here but there was no pressure on them to do so. Everything has to be sterilised a few times a day. Staff are looked after well with pay and food.”

The licensing agreement between the HSE and the hotel was finalised following negotiations on March 25, and the first clients were transferred from city hospitals on April 1.

The scale of the work put in place is massive and includes carpet being removed in some places and lino put down, as it is easier to clean.

When all this is over, the hotel will go through a rigorous sterilisation process, which could take months before it is ready to open again to the public.

A HSE spokesperson said: “There is a standard clause in the licence agreement that would see the HSE return the facility in the condition it was handed over in, and to repair any damage incurred during the contract.

“The HSE will also carry out a deep clean of the premises at the end of the contract, according to public health and WHO guidelines.”

The length of stay for residents varies and people are discharged on the clinical recommendation of the medical team.

A core healthcare group at Citywest is supported by 24/7 GP/nursing service.