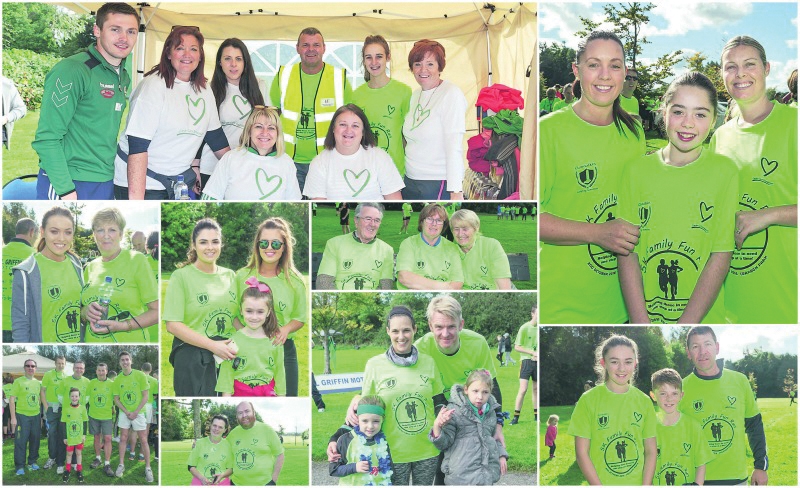 OVER 800 people turned out for the annual Ciarán Carr Foundation 5K Family Fun Run at Corkagh Park on Sunday.

The popular event raised funds for Clondalkin Helping Homeless – who provide nightly assistance to those affected by the housing and homelessness crisis.

Barry Keane, an organiser of the event, said: “Participants were treated to a very special warm-up by Grace Kennedy from Insanity Fit Zone. With clear blue skies and midday sunshine, Corkagh Park was awash with luminous green running tops specially designed for the day.

“Once the 5K was completed, participants were treated to refreshments, while each child got a bag of goodies and could enjoy activities such as face painting.

“The event was supported by a host of local businesses, including the main sponsor Bill Griffin Motors who had a number of cars on show on the day. Without their continued support the event would not have been such a success.”

With help from the community, Ciarán’s parents Gemma and Philip, set up the foundation to prevent sudden cardiac death tragedies occurring in the wider community.

Previous events have raised funds to place defibrillators in every school in Clondalkin and at publicly accessible locations in the community.