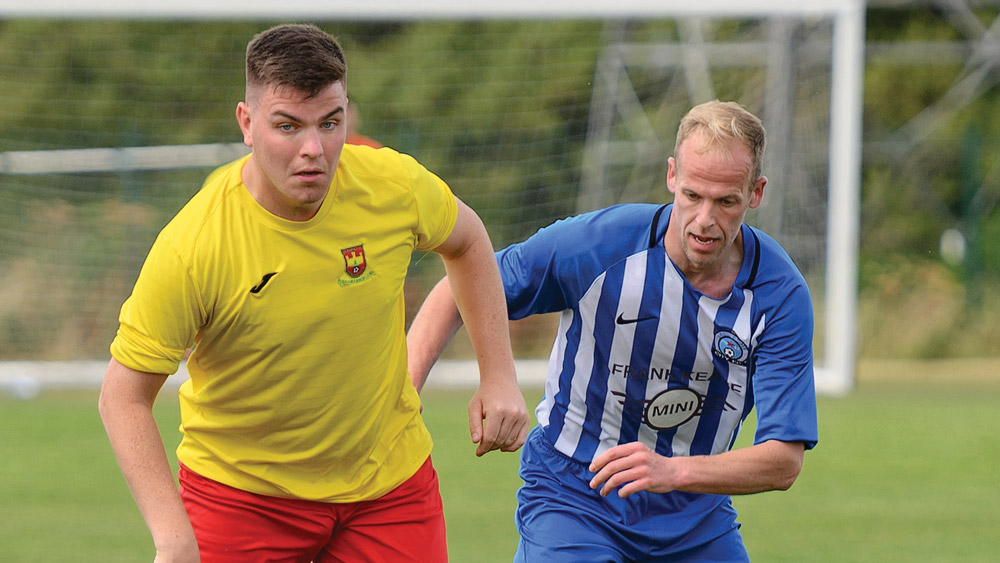 Over €8,000 raised in club game for funds for different charities

AROUND €8,000 has been collected to raise awareness and funds around sudden unexplained death in children, suicide prevention and emergency services through a charity football match.

Kilnamanagh AFC and Tallaght City FC brought more than 500 people together at Ned Kelly Park on Saturday in memory of the late Brandon Shaun Mitten and Shaun Dargan.

Brandon Shaun, who was only 15 months when he died in April of this year of sudden unexplained death in children (SUDC), was named in memory of his dad Ciaran Mitten’s late friend Shaun Dargan.

Tallaght City took on Kilnamanagh and ran out 4-2 winners in the charity match which also raised funds for suicide prevention centre HOPE in memory of former player Shaun, who died in December 2020.

Tymonville man Shaun played football with Kilnamanagh before linking up with Tallaght City when his friends statred playing there about nine years ago.

The two clubs played each other on Saturday, June 23, in memory of the late Brandon Mitten and Shaun Dargan, who would have been celebrating his 32nd birthday.

“The day went brilliantly. The level of organising from Tallaght City and Kilnamanagh was amazing, it was a fabulous day,” Kilnamanagh vice chairperson Paddy Ennis told The Echo.

“It was a great fun day, the match finished up at around 4pm and then you had the bouncy castles, the raffle, a DJ – we didn’t end up finishing until 10 o’clock.

“The suicide prevention centre HOPE and SUDC UK had a stand there, and it comes down to Anto Cummins and Gary Foy, who really organised all of this.

“Top marks to both clubs for putting on a great day, we had about forty players involved, and they really are a great bunch of people, a great community.”

The inaugural tournament was held in Shaun’s honour last year to coincide with his 31st birthday.

This year, the memorial cup was held in Shaun’s honour once again on June 23.

Ciaran Mitten was heavily involved in establishing a memorial cup in his friend Shaun’s honour to be staged on his 31st birthday, and it was a massive success.

Following the passing of Ciaran’s youngest child Brandon Shaun, the tournament was also held in the baby’s honour this year.

“Brandon passed away on April 16,” Ciaran Mitten, Brandon’s father, who was good friends with Shaun, told The Echo before the tournament this year.

“He had taken his first steps that night, he went to bed fine and just never woke up.

“It was diagnosed as sudden unexplained death in children (SUDC).

“Brandon will be one of the first that they’re going to do genetic testing on to find out why this is happening, because it’s happening.

“They mainly do research around SUDC in America and a bit in the UK, but not really in Ireland.

“We’re raising money for the SUDC foundation to help with the research, so we can find out if there is something genetically that causes this and try to prevent it.

“We will also be raising money for HOPE and the emergency services.”

All proceeds raised on the day will be donated to HOPE, suicide prevention centre, SUDC UK, and the emergency services.

If you have been affected by this story and need support, please contact HOPE Suicide Prevention Drop-In Centre Tallaght Facebook page or call 087 136 3082 and Samaritans 116 12316 123.

For Barnardos’ Children’s Bereavement Helpline contact 01 473 2110, which is active 10am to 12pm Monday to Thursday. 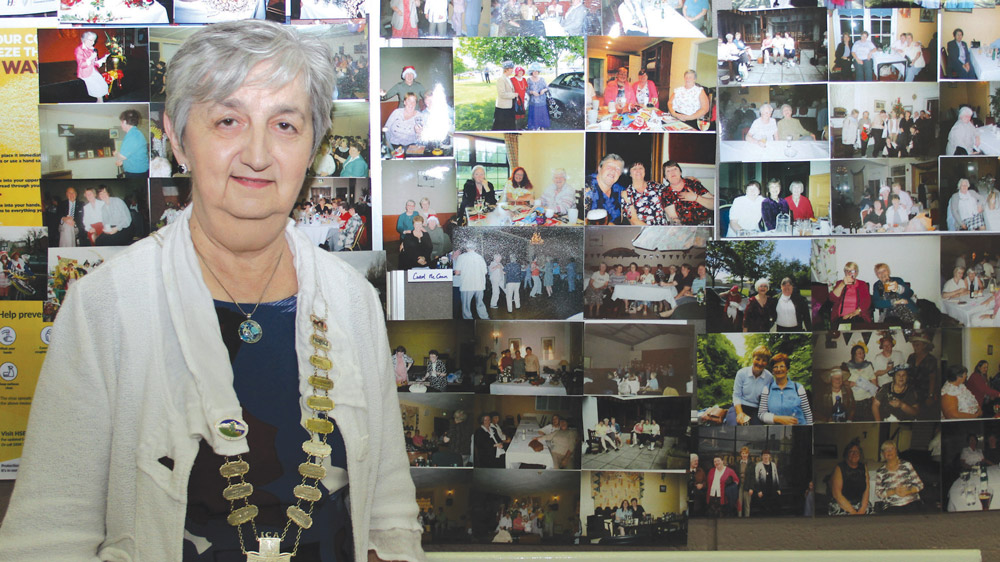 SOME 41 years ago, the Tallaght guild of the Irish Countrywomen’s Association started – a day celebrated last weekend by its members....

A man who smashed up 21 doors at Citywest Hotel, causing over €7,000 worth of damage, left a “trail of absolute destruction”... 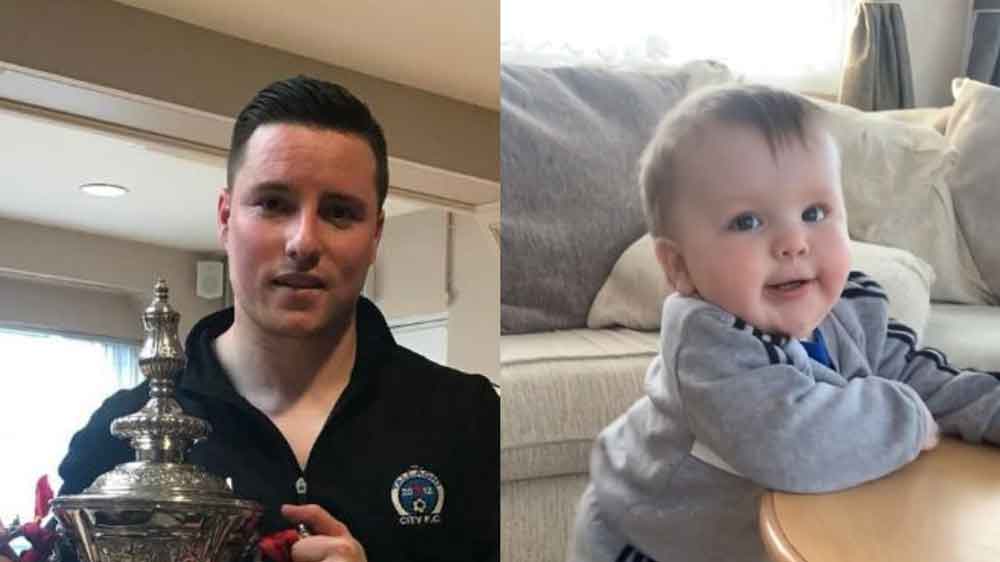 A FOOTBALL match is being held to raise awareness and funds around sudden unexplained death in children, following the passing of baby... 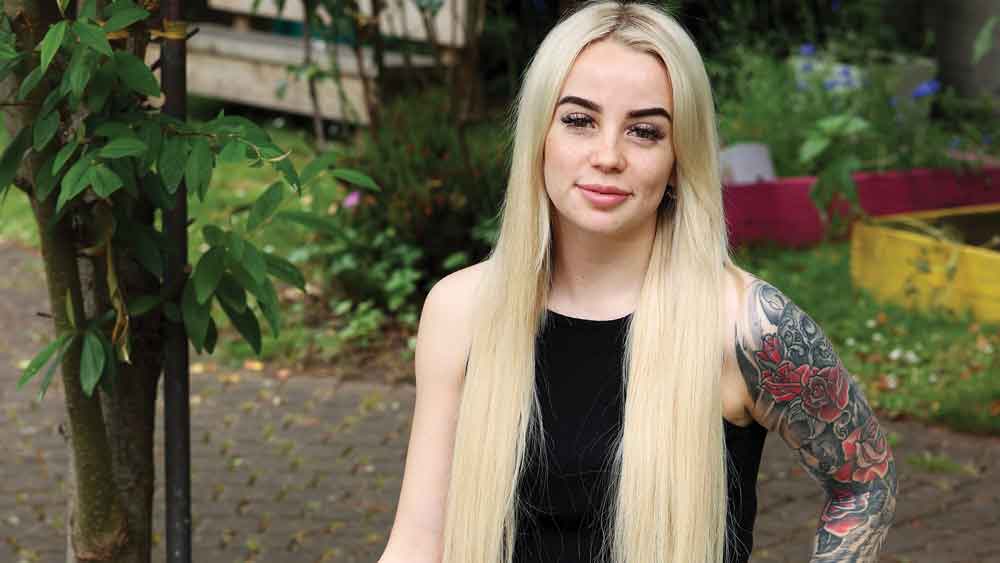 A JOBSTOWN mother of three helped to launch an educational programme for young women and disadvantaged young people in An Cosán. Sarah...