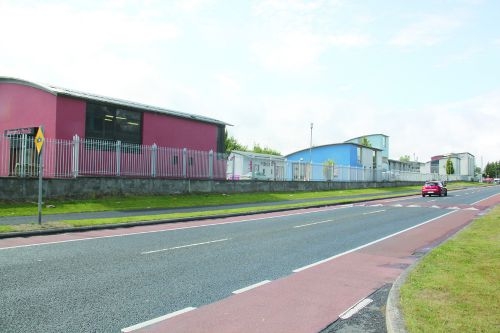 A LETTER has been sent to the Garda Superintendent at Tallaght in relation to the number of business premises being broken into, after five businesses in the Killinarden Enterprise Centre were targeted last weekend.

The letter has been sent by Independent Tallaght councillor Dermot Richardson, whose own business, Tallaght Adventure World, was broken into and ransacked earlier this month.

Cllr Richardson said: “My own business was done on August 3 and I suppose I didn’t realise the impact a break-in had until it happened to me.

“Waiting on insurance companies to assess the property and pay out for loss and damage can take time. I am currently still waiting on this to happen two weeks later.”

He added: “Last week-end, five units in the Killinarden Enterprise Centre were broken into.
“There was a lot of damage caused and this can have a terrible effect on small businesses.
“A lot of businesses can’t sustain this type of damage with their budgets and could struggle to keep the business open.”

Cllr Richardson has asked the Superintendent to arrange a meeting with the station’s Crime Prevention Officer, which could assist small and medium businesses in protecting their premises.

He said: “From speaking with business owners locally, they really are at breaking point with this and I think it would be a good idea to invite business owners to come together.”

When contacted by The Echo, the letter had yet to land on the Superintendent’s desk.
However, a senior officer confirmed a number of break-ins over the weekend at the Killinarden Enterprise Centre, adding: “We are currently trawling through CCTV and the premises have been technically examined.

“We have a Crime Prevention Officer and Victim Support Officer who are both willing to meet with any person or business affected by a break-in – or who would like some advice.

“We would encourage businesses to secure their property and if possible to install CCTV that can be remotely downloaded.”

Businesses who would like to meet with the Crime Prevention Officer are encouraged to call Tallaght Garda Station on 6666000.