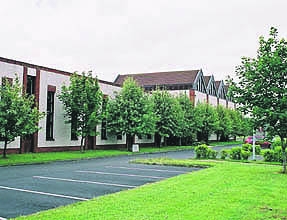 LUCAN Community College Parents Association have issued an appeal for parents to lobby politicians in an attempt to speed up extension plans for the school.

The extension is provided for in the Department of Education's Five Year Construction Programme (2012-2016) – a €2.2 billion capital investment for new building projects at 275 schools around the country.

The parent's association say paperwork delays in the Department of Education have halted the project, leading to concerns that the extension will not be ready in time for the proposed completion date September 2018.

In a draft letter, the parents association state It was the hope of the Board of Management of Lucan CC that the project “would have been progressed by now to stage 2B so that a planning application could have been submitted before the end of 2015.”

The letter states the project has not reached Department approval of the revised schedule of accommodation “despite the submission of all relevant documentation by the design team last May.”

They fear the planning application will not be submitted this year for a school that caters for 885 pupils, 900 next year, with demand almost double that figure.

The Department of Education told The Echo they “approved a significant increase in the scope of works for the project” and “it was necessary to commence a tender exercise for the appointment of a new design team to take the project forward.”

After a tender exercise was commenced, the Education Training Board (ETB) were authorised to proceed to Stage 2A of architectural planning.

The Dept spokesperson said: “Earlier this year, the Department met with officials from the ETB regarding progression of the project. Following this meeting, further information was requested from ETB. This was received in August and is currently under review. The Department expects to conclude this review and revert to the ETB shortly.”

The spokesperson continued: “However, until such time as planning permission has been secured and the project has progressed to and completed tender stage and the appointment of a building contractor, it will not be possible to provide an indicative timeframe for the completion of the construction stage of the project.”