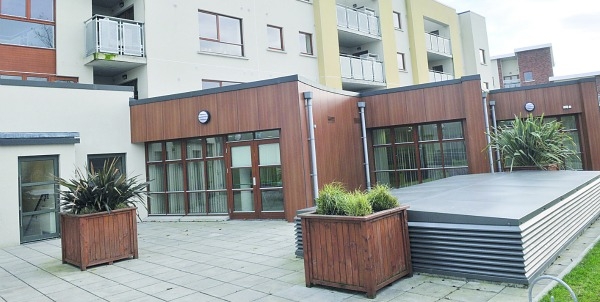 Women’s refuge to close down due to lack of funds

DESPITE being full to capacity all year round and working off waiting lists, a Tallaght refuge for women and families fleeing domestic abuse in the home is closing – due to a lack of Government funding.

Operating in Tallaght since 2012, the Cuan Alainn refuge, which is run by housing charity Respond, has housed 71 women and 96 children in the past three years – caring for single women and families as they move on from emergency refuges and prepare themselves for independent living.

Refuge manager Elaine Burnett told The Echo: “We predicted that the shelter was going to close more than a year ago and appealed to Tulsa [the child and family agency] for funding.

“We have the capacity to house nine families at any one time and have always been full to capacity, with a waiting list of ten names or more.

“It just makes no sense that the Government is happy to see an established shelter close down, when there is so much debate about domestic violence and the need for services.”

She added: “So many families are now going to be forced to return to a violent home or enter the homeless services because we are not here.

“Cuan Alainn works with referred families who are in emergency refuges, providing them with more stability and long-term accommodation which supports them back to independent living.

“Without services like ours, women and families will be forced back into violent situations – it’s shocking.

“However, we haven’t given up. We’re going to continue with our fight for funding and will be looking for the community’s support in the coming weeks.”

Respond has bankrolled Cuan Alainn for more than three years without any financial support from the State, at a cost of €350,000 per annum.

Ned Brennan, Respond CEO, said: “We cannot continue to fully subvent this service 100 per cent from our own resources, without any State assistance due to the cost burden. We have come to the regrettable decision to close the service in an orderly manner before the end of the year.

“The State must take its responsibility seriously and fund services for some of the most vulnerable members of our society.”

When contacted by The Echo, a statement from Tulsa said that funding for domestic violence is allocated to refuge emergency accommodation not to ‘step down’ or ‘transitional’ accom-modation, such as Cuan Alainn, which supports a transition to a permanent settled home.

While the family agency does “endorse the use of second-stage refuges and supported accommodation to enable people to move on from emergency accom-modation”, it does not provide funding.

Four full-time positions are also at risk due to the closure.