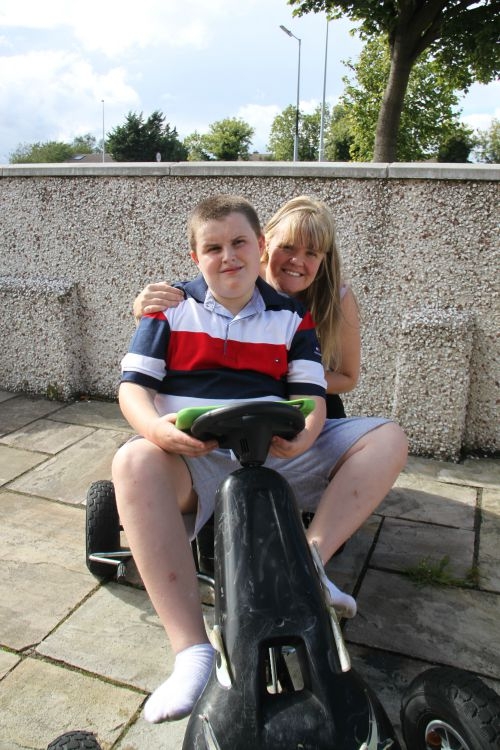 AUTISM services in Tallaght have this week been described by parents as “practically non-existent”, with one mother telling The Echo that there are currently no services available for her 12-year-old son.

Killinarden resident Lynn Byrne is one of a number of parents fighting to get autism services for their children. However, a lack of funding, staffing and service cohesion has resulted in many Tallaght parents having to go private for therapies such as speech and language, occupational and psychology.

Lynn told The Echo: “My son Glenn was diagnosed when he was two-and-a-half and availed of services in Cheeverstown until he was five, when he was discharged as he no longer met the criteria of Cheeverstown and should have move onto dedicated HSE autism services.

“However, since then Glenn, who is on the moderate to severe autism spectrum and cannot verbalise himself, has not had regular services and currently there are no services for him.

“A big problem with autism services is that they all have criteria and if kids don’t fit into one service, they are passed from pillar to post, which is what happened to my Glenn.

“The girls that work in the HSE early intervention centre in Tallaght are amazing, but they are inundated with applications for children who are in desperate need of services. The staff have very limited resources.

“The HSE does not invest in the service and as a result kids could be waiting for more than a year in between sessions.”
She added: “I know that my Glenn would have progressed a little bit better than he is if he had access to services.

“Some parents are entitled to Carer’s Allowance and we use this to pay for private services, which, are very costly and cost around €50 for 20 minutes of therapy. “The private waiting lists are also getting longer because there is no public service.”

When contacted by The Echo, the HSE confirmed that services currently based in Tallaght include Beechpark and the HSE Community Disability Services, which is made up of two teams, the early intervention team and school team.

However the executive did not provide staffing details or answer questions on waiting-list numbers.
Due to a lack of services, local mother Tara Hamilton, whose eldest daughter was diagnosed with Aspergers syndrome and her youngest with ASD [Autism Spectrum Disorder], set up the Tallaght Parents Autism Support Group in July 2010.

Tara told The Echo: “Autism services are practically non-existent in Tallaght and if you do manage to get a place or appointment, you have had to fight for it.

“The Department of Education and the HSE are so behind when it comes to autism services, there is no joined-up thinking and the bottom line is budgets.

“I set up the support group because there was a serious lack of information out there and I thought that by bringing families in similar situations together we could support each other – and break the isolation.”

Tara, who previously won at Tallaght Person of the Year for her support group work, added: “Early intervention is vital for autistic kids. All the evidence is there, but the HSE is not delivering.

“They don’t value autistic kids or the contribution they can make to society. They’ve simply written our kids off by not investing in the service adequately and not providing enough staff.

“It’s crazy that parents are left struggling to cope with autism in the home alone and have to find their own information and support. It just doesn’t make sense when the HSE are saying that the services are there.”

Visit the support group’s page on www.tpasg.com for more.