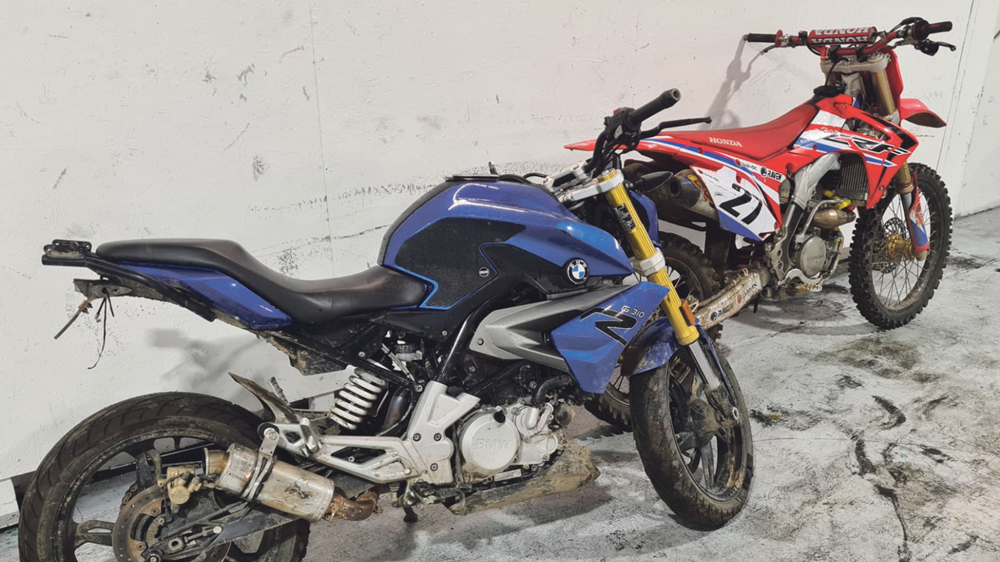 Parents warned – do not buy children scramblers or quads at Christmas

NEW legislation giving gardai powers to take away and destroy scrambler and quad bikes that are being used anti-socially is expected to be enacted after Christmas, according to a local TD.

A campaign encouraging parents not to give the bikes as Christmas presents will also be launched later this month.

The issue with quads and scrambler bikes has been raised at Government level by local TDs including John Lahart (FF), Emer Higgins (FG) and Mark Ward (SF).

When speaking to The Echo, Deputy Lahart said he expected legislation that will give gardai the power to remove and destroy quad and scrambler bikes, that are being used anti-socially, will be enacted into law after Christmas.

As for people who want to use scrambler and quad bikes recreationally, Deputy Lahart said communities should consider identifying potential sites where the bikes can be used and contacting their local authority about it.

“There is funding available if communities can ideally locate a site off-road, where scramblers and quads can be used under supervision without causing a nuisance to the community,” he added.

Issues with scrambler and quad bikes in the county were also discussed at a Joint Policing Committee (JPC) meeting last week, where plans for a campaign appealing to parents to not buy the bikes for their children this Christmas were discussed.

The anti-social use of scrambler and quad bikes has led to the damage of green spaces around the county, and concerns about this are heightened in the lead up to Christmas.

On Christmas morning last year, residents of Tymon North Road awoke to the sound of scrambler bikes revving as a group of over a dozen scrambler bike riders descended on the estate’s green space.

They caused extensive damage to the green space, leaving deep, muddy tyre marks, with one resident describing it as “a Christmas present from hell”.

There have also been persistent issues with scrambler and quad bikes damaging the pitches in Killinarden Park that are used by Croí Ró Naofa GAA Club.

Earlier this month on Sunday, November 13, there was a garda presence at Bulter McGee Park to disperse scrambler riders who were disturbing sports teams who were in the park.

At the JPC meeting on Friday, local Sinn Féin councillor Louise Dunne thanked gardai for their presence in Butler McGee Park and for dispersing the scrambler bike riders the previous week.

Speaking at the meeting, Chief Superintendent Peter Duff said: “This is an ongoing issue, I’m glad to hear Cllr Dunne commented on a positive response from Tallaght garda when the call went in to deal with it.”

However, Chief Supt Duff said there are difficulties where it comes to taking action against people on quad and scrambler bikes.

“The difficulty with scramblers is, and it is nationwide as well, we are very reluctant to get engaged in chasing them, or try to pursue them, because the risk outweighs the benefits,” he explained.

The chair of the South Dublin County Council JPC, Fianna Fáil councillor Emma Murphy, said that emphasis should also be put on making parents aware of the dangers of purchasing scramblers and quads for their children as Christmas presents.

“We want to encourage parents to not purchase scrambler bikes and quads,” Cllr Murphy told The Echo.

“They are not appropriate presents and they have a massive impact on the local community. We want to educate parents on why they shouldn’t buy these items.

“Quads and scramblers are traditionally used for farming and agricultural activities, as tools and machinery for employability.

“They’re not toys. They’re not fit for purpose for road use. You can see parks and pitches being destroyed in our locality because of scrambler use.”

A campaign will be launched later this month to raise awareness of the dangers of purchasing scramblers and quads as Christmas presents, and a video will also be publicised by South Dublin County Council containing information about how to properly use quads and scramblers.