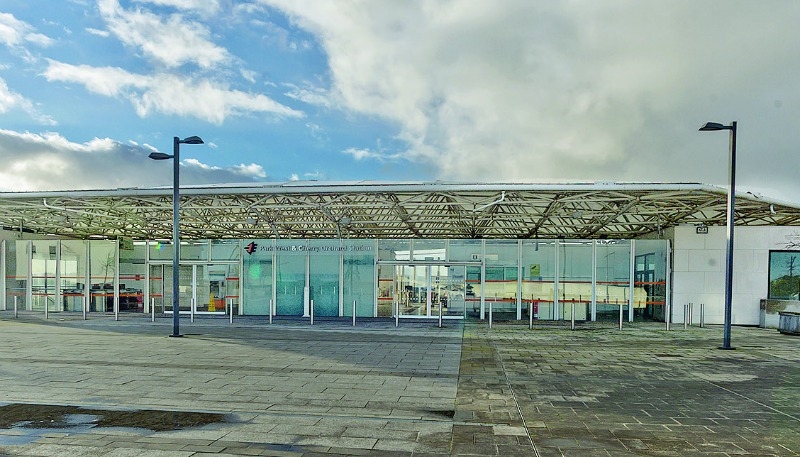 A BUSINESS campus utilised it’s own security personnel to tackle a spate of handbag robberies at Parkwest Train Station – amid calls for authorities to beef up security.

The Echo understands a number of women fell victim to a handbag thief in November.

One particular incident saw a terrified woman dragged along the concourse outside the station, as she had been carrying her bag over her shoulder when the thug attacked.

In light of the robberies, which occurred outside the station at peak hours between 5pm to 6.30pm – Park West business campus decided to allocate their own security detail to protect female commuters.

Ever since the campus started placed security detail outside the train station, the threat has subsided.

This week, Independent councillor Vincent Jackson called for Dublin City Council to take responsibility for, and maintain, the land outside the station.

He said the current situation is “creating all sorts of anti-social issues for users of the train station and the local community with stone throwing, gangs congregating and the handbag robberies.”

“Even though it is an Iarnród éireann station, Park West put their own security detail there to prevent handbag robberies,” said Cllr Jackson.

In the wake of the handbag robberies, Park West sent emails to up to 300 companies within the campus, warning them of the danger, and advising them of preventative garda tips.

Mick Arthur, Park West Manager, said they felt the “need to protect” commuters, even if they weren’t permitted to do so on private land.

“We asked our security guys to do a bit extra on their patrol for a while, and ever since we started that, it has alleviated the attacks,” said Mr Arthur.

“We needed to do something. It was very upsetting for the women who were robbed. We’ve asked DCC to erect CCTV cameras on the bridge facing the concourse.”

Mr Arthur says the amount of people using the station is growing exponentially with the average number of morning commuters rising to 214.

In response to Cllr Jackson’s queries, DCC say they have appointed a contractor to secure the site and expect works to begin in January 2017.

DCC say the site is identified in the current development plan as a “strategic development and regeneration area” and it is proposed to carry out a statutory local area plan for Park West/Cherry Orchard within the life of the current Development Plan.