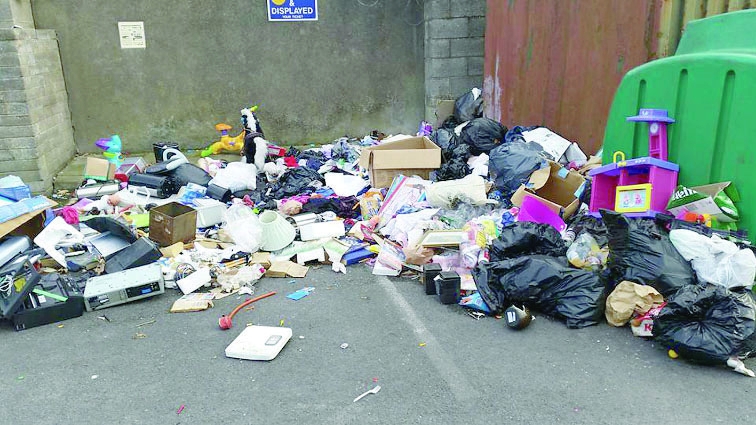 ILLEGAL dumpers have brazenly added domestic waste on top of rubbish collected by volunteers in areas of Clondalkin.

Additional waste has been found at volunteer collection points in Boomers Pub and in Clondalkin Village.

Cllr Bonner said: “The Woodford clean-up group do great work and leave bagged rubbish at Boomers to be collected by the council. However, those bags are being added to with bags of domestic rubbish to such an extent that the group would like the source of these bags to be investigated. “

SDCC are “aware of the issue” and said a similar problem in Clondalkin Village was addressed by “arranging for specific bags to be used, and gathered for collection from a resident’s garden.”

The local authority said two reports were received in relation to Woodford and examined but “no evidence was found.”

They said they will work with the group to see if a new collection point can be established.

SDCC said a number of reports were received this year for the location and they are “awaiting a witness report” in relation to one complaint.

The installation of boulders on St John’s Road “is not considered appropriate at this location” according to the council, who said alternative measures will be discussed with the Roads Department.

Residents are urged to report incidents of dumping to the litter warden for investigation – providing evidence, including testimony, where possible.