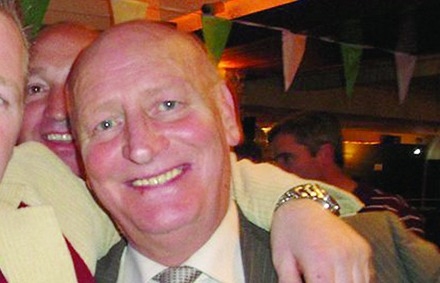 FOLLOWING the sudden passing of one of Kilnamanagh’s most well-known community members, Walter “Wally” Rowe, last Friday, tributes have been paid by those he inspired and worked with throughout the year.

A funeral Mass was held for Wally on Monday in Kilnamanagh, packing the church out as members of Dublin GAA, Fianna Fáil and the local Kilnamanagh community paid their respects alongside Wally’s family – his wife Eithne, sons Kenneth, Brian and Walter and daughter Lorraine.

Wally was instrumental in bringing St Kevin’s GAA Club to the height of its success and helped to mentor some of Dublin’s most successful players, including Paul Bealin who started his career with St Kevin’s GAA and went on to win an All-Ireland trophy in 1995 as part of the Dublin team.

Speaking to The Echo, Paul paid tribute to Wally, saying: “I would have never won five Leinster and national titles without Wally.

“I also worked with him for ten years, and he was a father figure to me. He was a very inspirational man who leaves behind a great legacy.

“He loved sport, and his people skills were always amazing. He used to pretend he hated it, but he’d always get up and sing a Frank Sinatra song, he was a great singer.

“About two-and-a-half weeks ago he went into hospital with back pains, and he was told he has one of the most aggressive forms of cancer.

“It just happened so quickly, and he was taken so suddenly. I can’t believe that he’s gone and it’s very sad for the family.

“He was one of the last great characters left, and I met so many people that he touched at the funeral.

“There was a huge turnout from all the local clubs – a great respect was shown for Wally.”

Wally was also known for his role as Director of Elections with former Fianna Fáil TD for Dublin South West Chris Flood.

Speaking to The Echo about working with Wally over the years, Chris said: “Wally’s first campaign was in 1979 and he was very active with his local Fianna Fáil cumman in Kilnamanagh right up until his death but particularly in the 80s, 90s and early 2000s.

“He was a very big part of Fianna Fáil locally and with his involvement in St Kevin’s GAA. He was also involved with Tallaght Theatre as the lighting manager.

“Wally was a very big part of my life, and I’ll miss him a great deal. We were very close, and I was very sorry to hear about his death which was very sudden.”