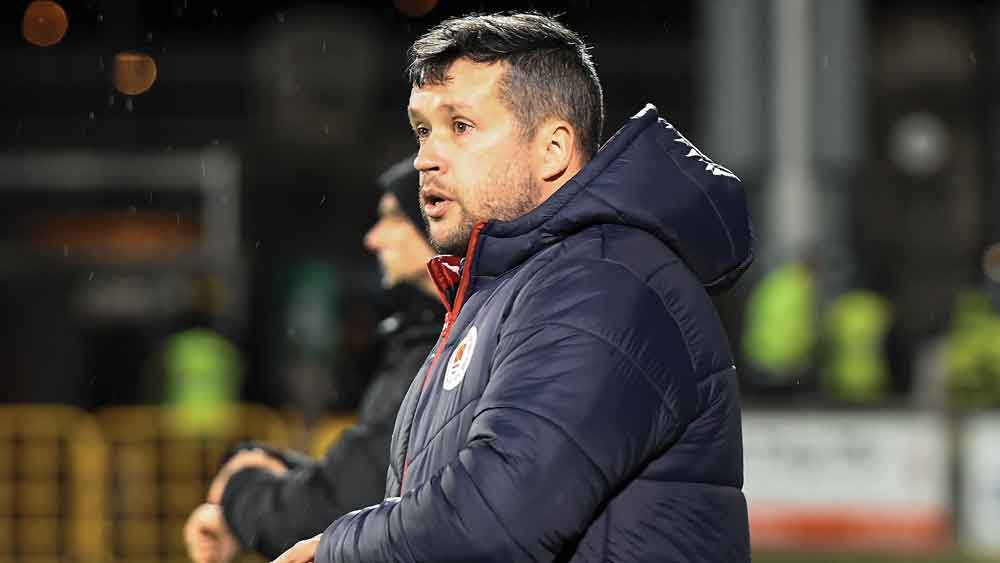 Pat’s hope to take another giant step for Euro spot

ST PATRICK’S Athletic will look to take another giant step towards European qualification for a second consecutive season when they welcome Bohemians to Richmond Park in the SSE Airtricity League Premier Division tomorrow evening (kick-off 7.45pm).

Following a 1-0 defeat to Derry City last Friday week and a 4-4 draw with Shelbourne three days later, the Saints found themselves four points behind third-place Dundalk in the top-flight table.

Although the team that finishes fourth will make it into the UEFA Europa Conference League qualifiers next year if Derry were to win the FAI Cup at the end of the current season, there is much greater security in achieving a top-three spot.

As a result of securing a 2-1 victory against Dundalk at Oriel Park on Friday last, Pat’s are now in a much better position to achieve this target.

After taking the lead through a superb Chris Forrester strike in this game, the Inchicore side were rocked by the concession of a 45th minute goal to Dundalk’s Ryan O’Kane.

When the Saints won the FAI Cup in 2021, it was Stephen O’Donnell who was at the helm. He has since assumed the hot seat at Dundalk, but his Pat’s successor Tim Clancy was much the happier of the two come the final whistle.

Off a swift counter-attack on 93 minutes, Adam O’Reilly was on hand to turn home a Tunde Owolabi cross and ensure the visitors returned to the capital with the three points on offer.

Before taking on Derry at Richmond on September 30, the Saints had embarked on a five-game winning streak in the Premier Division.

An enforced three-week break robbed them of momentum, but Pat’s will now have their sights set on ending the 2022 league campaign in a similar vein of form.

There are tough encounters on the horizon against Shamrock Rovers, Sligo Rovers and Shelbourne, but Clancy’s troops will be focused on Bohemians for the time being.

Bohs are currently without a permanent manager since Keith Long’s departure at the end of August. Former St Pat’s defender Derek Pender is currently serving as interim boss and will be looking for a quick response to losing 1-0 at home to Drogheda United last Friday.

While a Stephen Mallon goal succumbed them to a narrow reversal at Dalymount Park in the early weeks of the season, Pat’s have beaten Bohs on two occasions in this year’s Premier Division.

At Richmond Park on May 23, Owolabi struck a hat-trick to give the Saints an outstanding 3-0 Dublin derby victory. In Dalymount Park on August 29 (in what proved to be Long’s final game at the helm of the Gypsies), Barry Cotter, Forrester and O’Reilly all shook the net to propel Pat’s towards a 3-1 win.

This fixture remains a banana skin for the Saints – particularly with Bohs defender Rory Feely having a penchant for scoring against his former club – but it is one they are more than capable of coming out the right side of.