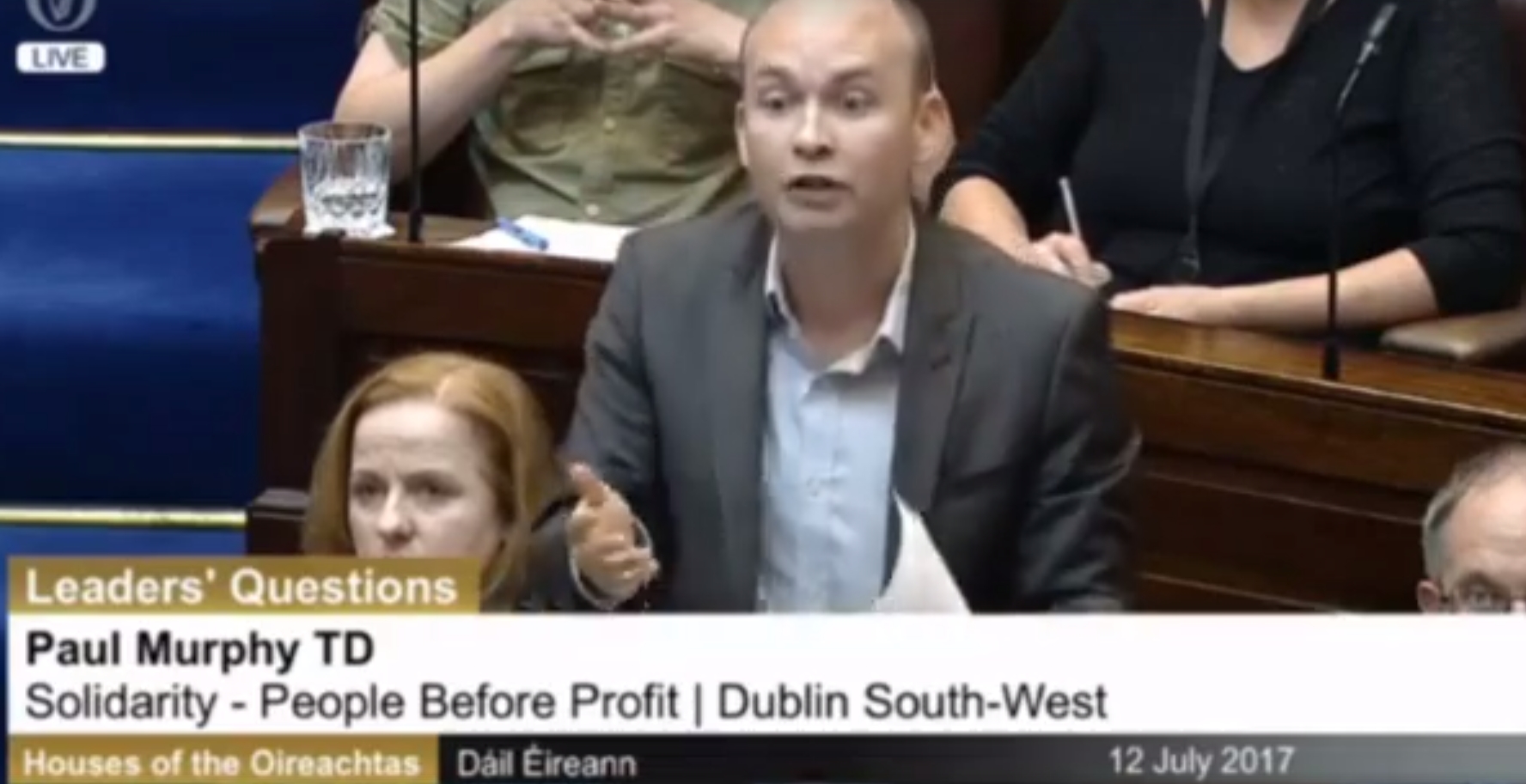 Paul Murphy has named the three gardai he alleges gave false evidence during the Jobstown trial.

He made the accusations of perjury under Dail privilege yesterday (Wednesday) afternoon in the chamber.

Paul Murphy asks Leo Varadkar, in the Dail, for an independent public inquiry into An Gardaí pic.twitter.com/7RxcB2W1Ve

Murphy reiterated that he wanted a public inquiry into gardai actions during the trial, which saw Murphy and five other defendants acquitted of falsely imprisoning then-Tanaiste Joan Burton her assistant Karen O’Connell in 2014.

Murphy told those in the Dail that he was convinced that numerous gardai had lied under oath, with their testimony conflicting with video evidence.

The Ceann Comhairle repeatedly reminded him that he was “completely out of order” and to review the outcome of a court case.

The Solidarity TD was addressing Taoiseach Leo Varadkar who denied Murphy is ‘a victim’.

Varadkar said: “You had a fair trial and you were acquitted. That doesn’t mean your behaviour was right.”

The Taoiseach described Murphy and his co-defendants’ actions at the Jobstown protest three years as ‘thuggery’.

Varadkar said: “The protest was ugly, it was violent, it was nasty. For those of us who have seen the coverage of it broadcast on television…the anger, the virulence the words being directed at two women going about their course of work on the day, a water balloon being thrown at someone’s face.

Varadkar said that Murphy should offer a public apology to Deputy Burton and O’Connell.

Murphy responded by saying that of his co-defendants and others – including a teenager who was found guilty of false imprisonment in a children’s court – were the victims.

The Solidarity TD was unsatisfied with the decision from garda management to hold an internal review, saying: “We don’t know how high this conspiracy went up.”

NEWER POSTHave you seen Charlie? The Shamrock Rovers fan has been missing since Sunday
OLDER POSTDFB come to the rescue after young man gets bike lock stuck around his neck