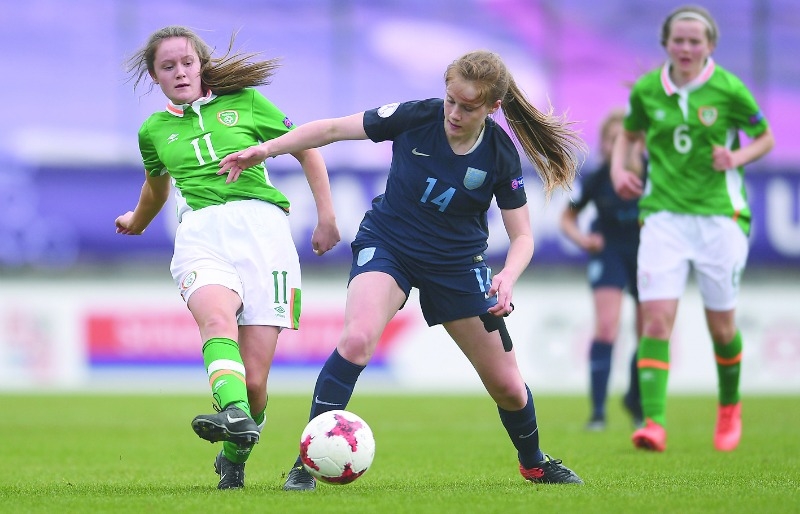 Payne back knocking on the door

PEAMOUNT United’s Heather Payne will get another opportunity to make her senior team debut after she was named in the Republic of Ireland squad for next month’s international friendly against Scotland.

Payne is one of 21 players given the nod by Head Coach Colin Bell for the July 7 fixture at Stark Park in what will be their final game before the 2019 World Cup qualifying campaign begins in September.

Payne was called up to the panel for the recent friendly against Iceland in Tallaght Stadium, but was not introduced on the night.

She will be hoping to make it on to the pitch against the Scots in a fixture for which Kilnamanagh’s Katie McCabe and former Peamount United captain Louise Quinn have also been called up.

“It is the final game before we start our World Cup qualification campaign so it is important we continue to improve on the form we’ve shown this year” said Bell.

“I was really impressed with the spirit and determination shown against a strong Iceland side in difficult conditions and I’ll be looking for the same qualities in Scotland for what should be another difficult test.

“Scotland are currently in a pre-European Championships camp whilst our players will be coming back from holiday.