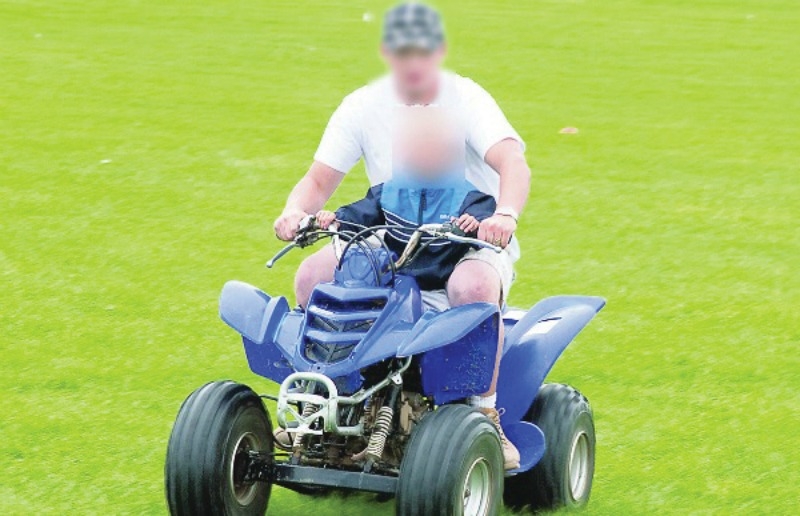 Residents continue to be “tormented” by scramblers and quads

RESIDENTS continue to be “tormented” by scramblers and quads, which are ripping up and down green spaces in estates putting lives in danger and generating a serious level of noise pollution.

The use of scramblers and quads wreaking havoc in estates is nothing new and is a regular feature on the agenda of South Dublin County Council and community policing meetings.

However, to date, no solution has been reached with the lives of many residents being negatively impacted on and curtailed due to this type of anti-social behaviour.

One resident, who lives close to the green space in Killinarden Heights, this week told The Echo: “Residents are at their wits end up here.

“We’re tormented by the noise all day, it’s constant and could be going on until 10pm at night… it’s really upsetting.

“Not only is the noise impacting on our lives but the kids can’t play on the green space because of the dangers posed by these powerful bikes and quads.

“We’ve called the council and the gardai but nothing has happened.

“At this stage we feel like there’s nothing more we can do, and with the summer approaching it’s just going to get worse.”

In February 2016 councillors did attempt to rev up efforts to clamp down on the illegal use of quads and scramblers by seeking advice on the effectiveness of current legislation.

Six months later in August, a meeting was sought with the Transport Minister Shane Ross – after a woman in her fifties was seriously injured by a scrambler that lost control and mounted a path in Jobstown.

Independent councillor Deirdre O’ Donovan, who is the chair of the Joint Policing Committee on South Dublin County Council, met with Minister Ross on behalf of the local authority.

She said: “We need to get legislation changed so that a person has to register a bike at the point of purchase and this is currently being examined by the Minister’s department.

“South Dublin County Council has recognised the seriousness of this and has taken the lead in trying to get legislation changed… and have contacted other local authorities in the Leinster area about writing to the Minister about the issue.

“A change in legislation won’t happen overnight but it is on the agenda.”

Last Christmas, the council also started an awareness campaign, targeted at parents buying scramblers or quads as presents, on the responsible ownership of a quad or scrambler.

Councillor Nicky Coules (People Before Profit) said: “I don’t see why these vehicles cannot be registered. The owner could then be traced and made amenable to the law.

“These bikes and quads are a serious nuisance for communities and pose real dangers and I don’t know why it is taking so long for some kind of action to be taken.

“The vandalism caused by these vehicles is also costing the council huge money as they have to re-instate green spaces and football pitches.”