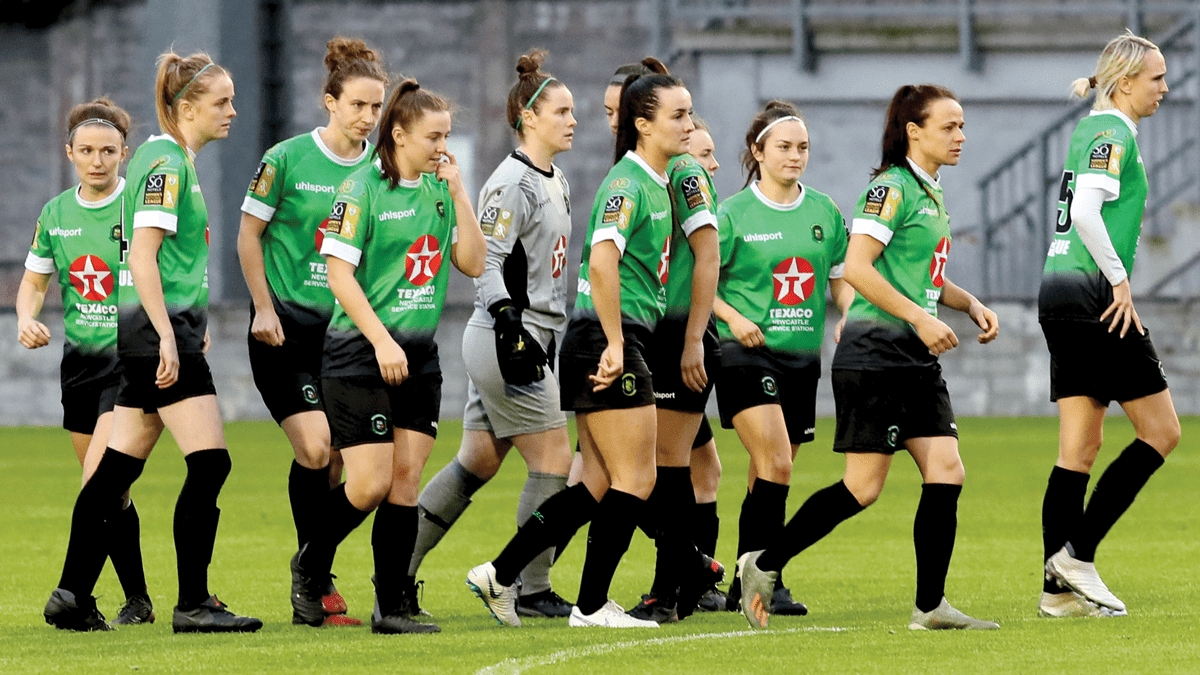 DESPITE a huge effort by Peamount United, the Newcastle side exited the UEFA Champions League after a 6-5 penalty shootout defeat away to Glasgow City last night.

James O’Callaghan’s outfit left everything on the pitch after an epic clash with a side that is fully professional and reached the quarter finals of the European competition last season, but ultimately came up just short of a major shock.

Peamount United turned in a tremendous effort, but lost out on penalties to Glasgow City in the UEFA Champions League (Image:Francis Kennedy-Beirne/Eirefoto)

While Peamount goalkeeper Niamh Reid Burke pulled off a tremendous save from Glasgow’s Jo Love in the shootout, it was missed spotkicks by Áine O’Gorman and Lauryn O’Callaghan that were to prove the undoing of the visitors- heartbreaking for two players who had given their all for the team on the night.

The National League champions were certainly not overawed by the occasion and had their chances to open their account in normal and extra time.

Eleanor Ryan-Doyle saw a couple of early efforts miss the target while Lucy McCartan had a go from distance that kept Glasgow goalkeeper Lee Alexander more than alert.

Yet Glasgow were always dangerous and Reid-Burke was forced into a stunning save when Kirsty Howat unleashed a wicked attempt early in the second half.

And the Peamount netminder had to be quick off her line to smother the danger that substitute Mairead Fulton posed when she broke on to a through ball by Aoife Colvill, before Howat was again denied by Reid-Burke towards the close of regulation time.

McCartan was desperately unlucky with another long range strike that brought out the best of Alexander early in extra time.

That period failed to break the deadlock and it was left to a shootout to determine who advanced, the hosts just about holding their nerve to reach the second qualifying round.