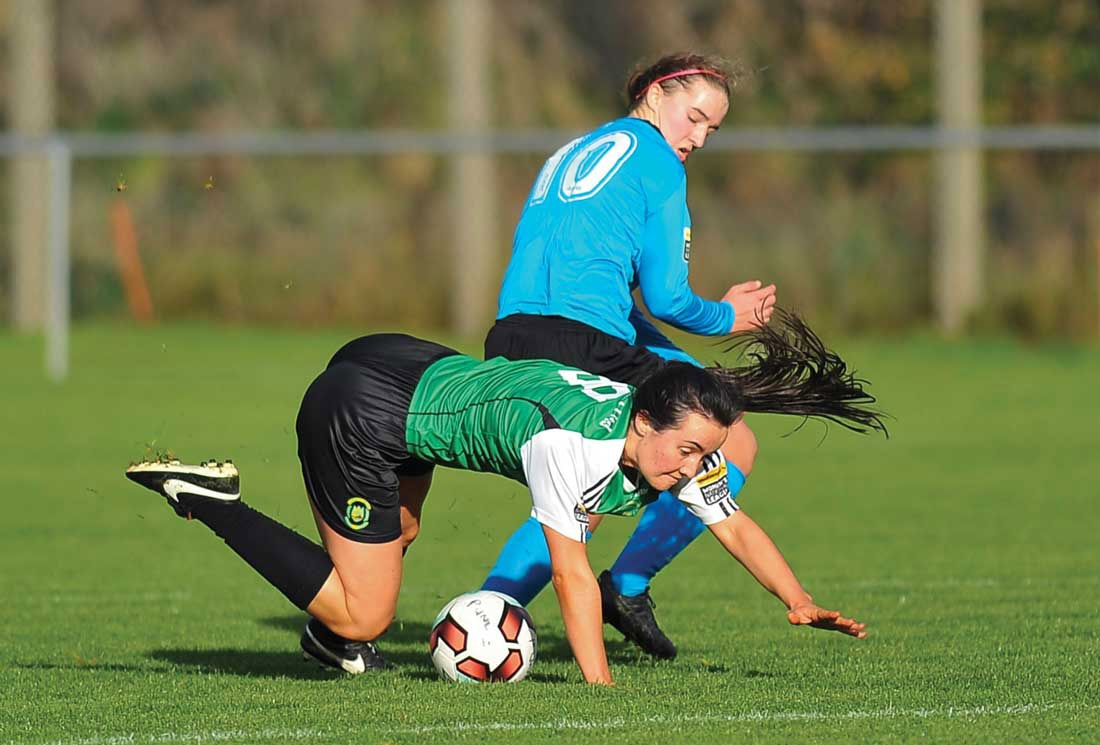 Peamount women on the brink of clinching National League crown

PEAMOUNT United are one game away from capturing the Continental Tyres Women's National League title.

In what will be the final league match of the season, James O’Callaghan’s side travel to Ferrycarrig Park this Saturday to do battle with fellow title contenders Wexford Youths for the 2017 prize.

A dramatic 2-1 victory over UCD Waves last weekend, means Peamount head into this title decider one point ahead of Wexford at the top of the table.

For O’Callaghan, seeing his young team on the brink of such a feat is a reflection of their tenacious character and huge potential.

“At the start of the season nobody gave us a chance to be in this position, so what the players have done is really impressive” he told Echo.ie

“With five games to go we were five points behind Wexford, so we’ve had to win all of those five games to get ourselves in this position and even then, nobody thought we could win them all.

“What that’s allowed us to do is build momentum and confidence.

“It’s a very young team and I’m very proud of them, so hopefully we’ll give it our best on Saturday. We’ve come this far, so it’s important now that we get over the line” he said.

While a draw will be sufficient to see them bag the title, O’Callaghan insists is side will not be going out to secure just a point.

“We never go out to play for the draw because it never works out that way” he said.

“This Wexford team is very experienced. They’ve won the league twice in the past three seasons and they’ve got some very good players.

“They’re a very physical side. They’ve played in the Champions League twice in the past three seasons, so it will be tough to go there and get the win.

“But we’ll just go out there as normal and hopefully our performance will be good enough to see us over the line.

“The players are looking forward to just getting out there and playing the match. There’s a great buzz around the club right now.”