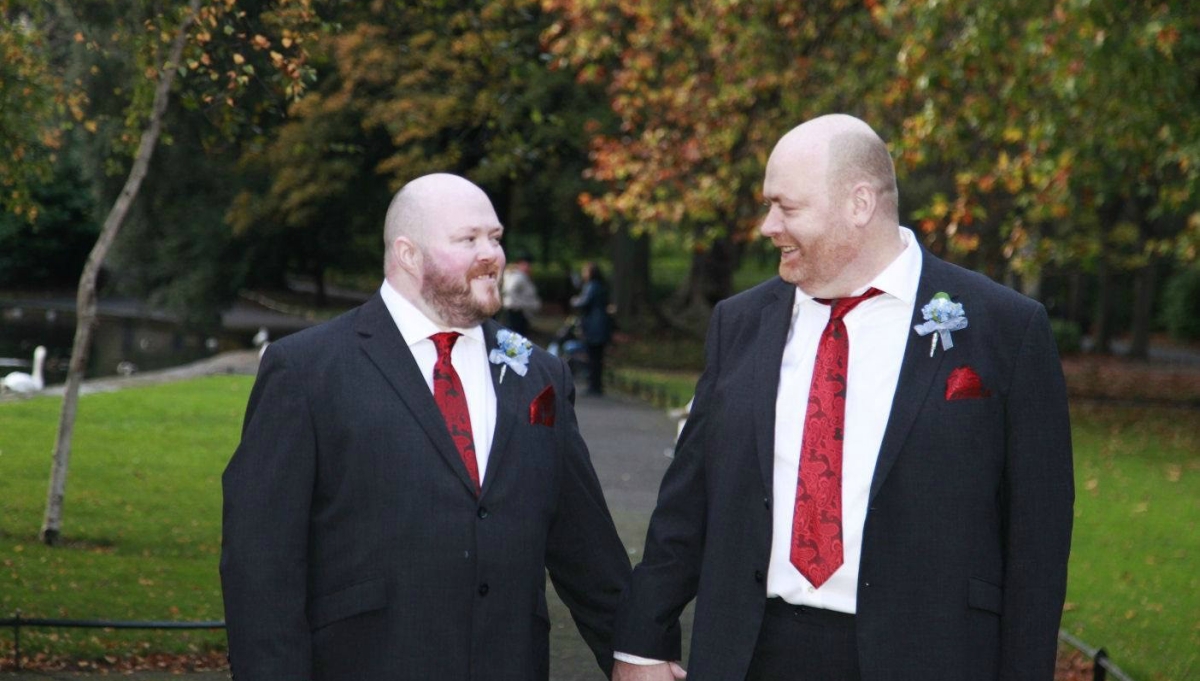 Clondalkin councillor Francis Timmons made history on Halloween when he wed his partner of 19 years in an iconic Dublin building.

The Independent councillor and his partner Darren Lamont held their wedding ceremony in Dublin’s Freemason Hall, a first in the building’s 150 year history.

In July, the couple received a letter with a homophobic slur posted to their home in Clondalkin.

Cllr Timmons said: “Earlier this year we got a vile homophobic letter in our post box but we have felt huge support since.

“Up to and following our wedding we have been inundated with hundreds of  kind and supportive messages on Facebook , emails and texts and have really felt supported.’’

Built between 1866 and 1869, the Freemasons’ Hall on Molesworth Street, Dublin 2, has been the headquarters of Irish Freemasonry for almost 150 years.

The couple had to contact the Grand Lodge of Ireland for permission to use the building as a wedding venue and Cllr Timmon’s husband Darren, a member of the Freemasonry fraternity, said he was ‘overjoyed’ when they received confirmation.

The couple said they were delighted to have had a part in making history and were keen to dispel some misconceptions about freemasonry.

Darren said: “There are a lot of misunderstandings and misconceptions around Freemasonry in Ireland and not least of these regards the membership.

“Freemasonry is open to any man regardless of race, religion, age, social background or sexual orientation.”

Darren continued: “We are proud to have been a part of making history.  Not only was ours the first wedding to take place in this beautiful, iconic and unique building, but it was also a same-sex wedding, showing how open and accepting Irish freemasonry is.”