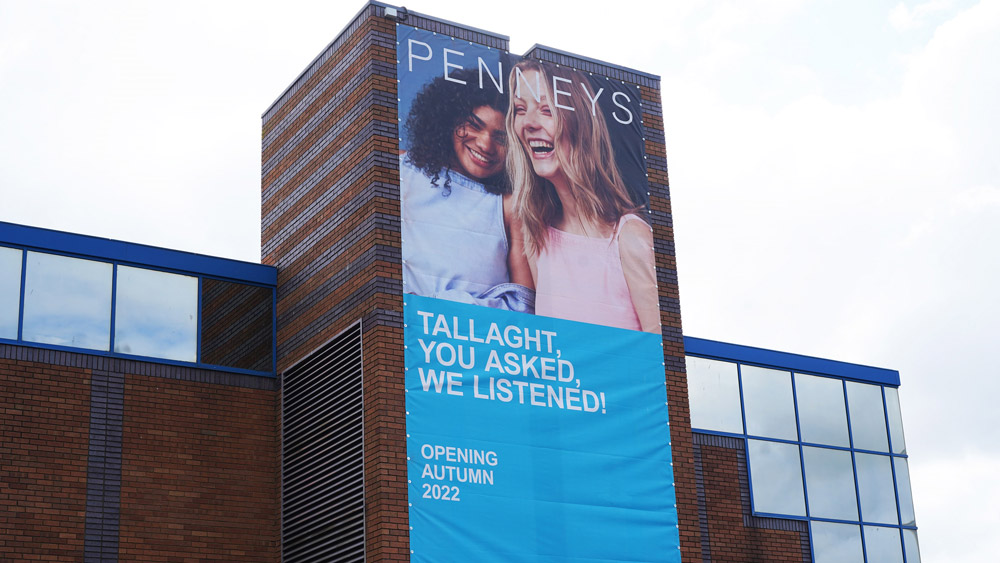 The Penneys exterior banner outside The Square

PENNEYS will officially open its new store in The Square Shopping Centre in Tallaght on Thursday, September 15.

The new store in Tallaght is part of the retailer’s commitment to invest €250m in Ireland over the next 10 years.

Penneys is owned by Associated British Foods and trades as Primark in over 400 stores around the world.

Located on the ground floor of The Square Shopping Centre, the new store will offer 43,400 square feet of retail space.

The new Tallaght store marks Penneys continued expansion in Ireland and will be its 37th store in the country. 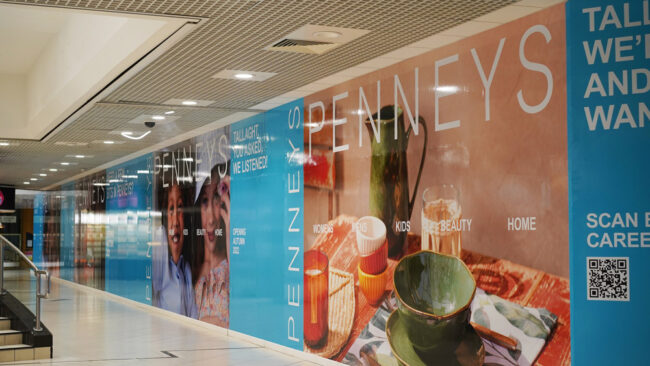 The Penneys hoarding outside the department store in The Square

This is the first new Penneys store in Dublin in six years, following its opening in Liffey Valley Shopping Centre in December 2016.

The company is also developing a new warehousing and distribution facility in Newbridge, Co Kildare which is currently under construction.